Apart from letting you take total control of the device, jailbreaking is becoming increasingly successful due to the fact that it allows great customization and enhancement of what is already an extremely powerful mobile operating system from the engineers over at Apple. No one is denying the fact that iOS is a phenomenal creation and certainly ticks most of the boxes which most users would need in an OS, but it never hurts if you get the chance to extend that functionality.

A lot of people who jailbreak do so because of the ability to customize exactly how the OS looks and feels. Aesthetics are a large part of any piece of software that is end-user facing, which is one of the main reasons why beautifully designed apps get so much exposure. Jailbreaking allows for total visual customization of the device with the installation of themes, but if you are after something a little bit less prominent, then the LockScreenCustomizer package offers the ability to alter the visual elements that make up the lock screen directly from within the native Settings app. 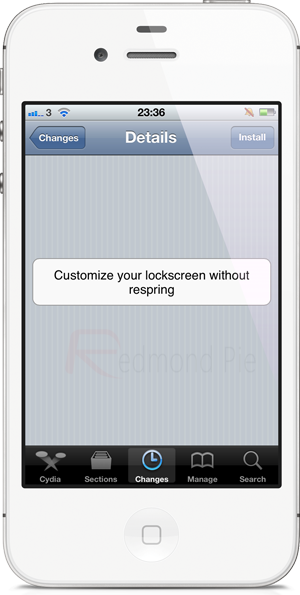 One of the first available options within the configurable settings of the tweak is the ability to change the text string that appears on the placeholder that is designated for unlocking the device. Rather than having the usual Slide to Unlock string, users can add their own personalized string of text. The tweak also offers the ability to toggle the top status bar on or off while on the lock screen. Turning the bar off will leave all interface elements like the battery symbol behind it, but the physical bar will make an exit.

Additional status bar options include the ability to set the time to be permanently displayed on the lock screen, as well as actually showing a padlock type symbol to give a visual indication that the device is locked. The developer has also included the ability to display the battery symbol at all times on the screen, regardless of whether the device is plugged into a power source, as well as enabling or disabling the camera grabber button. 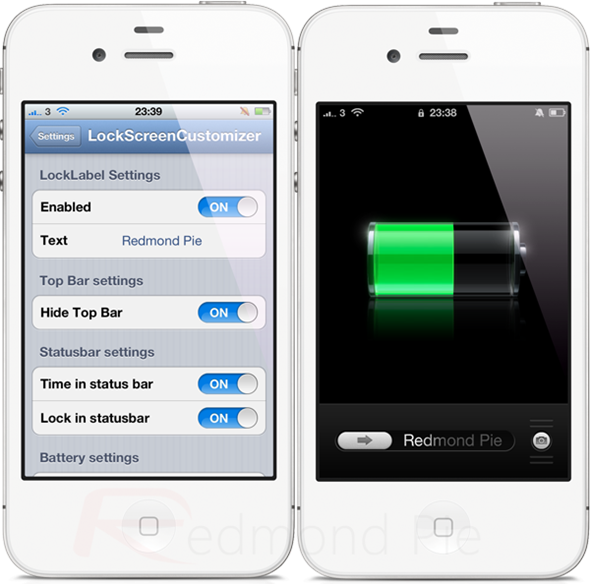 LockScreenCustomizer is available as a free of charge download from the ModMyi repository with no iOS version requirements being given.