If you haven’t opened up the Cydia store recently then you might be taken aback with shock when you realize that Thor – a new package – has just been released. Unfortunately, we aren’t seeing the Norse god of thunder and lightning taking up residency in the jailbreak world, but instead, a new tweak from ClausCartel brings some additional Wi-Fi related options to users. 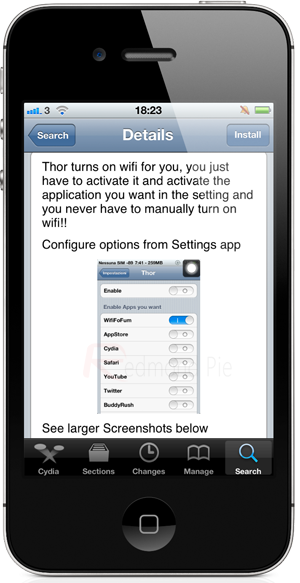 The Thor package is rather bizarrely named, but essentially brings functionality that allows users to determine which apps are allowed to use Wi-Fi, picked out on a per app basis. You may initially think that it would surely be easier to just turn Wi-Fi on and leave it on, letting all apps use the internet when required, and in all honesty, you are probably right. I would imagine however, that this tweak is designed for users who don’t like to have things like Wi-Fi or 3G consistently turned on, and are tired of heading into the Settings app every time when needed.

So, now that we have filtered out those people who may need a package like Thor and those who don’t, how is it actually used? After installation, no additional icons are added to the device’s home screen, with the entire feature set being handled through a preferences bundle that is added to the Settings app. Simplicity is a theme that runs throughout the package, with a simple user-interface that has a simple on and off toggle, allowing users to activate or deactivate the tweak as they see fit. 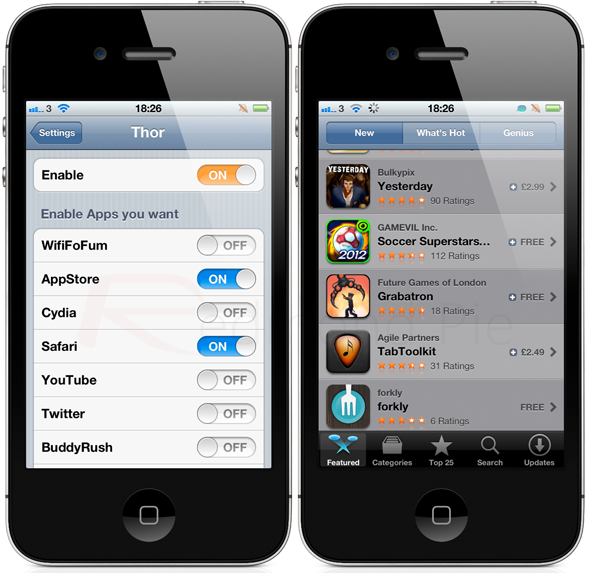 The only other setting that is present is a list of installed and supported apps which can be either set to on or off depending on whether or not the user wants the tweak to support them. An explanation that probably isn’t required, but when an app’s toggle is set to on, Wi-Fi will automatically be activated when the app is launched or requires internet services. If set to off, no internet provision will be granted. It is worth noting that this tweak only applies to Wi-Fi connectivity and apps will still have access to any cellular data connection.

Thor is available as a free of charge download from the BigBoss repository with no specific iOS requirements being given.