The Amazing Spider-Man Game For iPhone, iPad And Android Now Available For Download!

It doesn’t matter how old we get or what we currently have going on in our professional and private lives, I am pretty sure that every single one of us would love to slip into a superhero costume and take to the streets looking for social wrongs to put right. Regardless of whether you want to be Superman, Batman, The Green Lantern or one of the other spandex clad heroes, the time has come for you to lock yourself indoors and prepare for some serious web slinging action as Gameloft has officially released The Amazing Spider-Man game for iOS and Android.

The latest release from Gameloft comes in the middle of all the hype and media attention that is surrounding the Hollywood movie of the same name, a story that tells the origins of the legend that is Spider-Man. Players of the game will need to quickly slip into the blue and red spandex costume and head over to the mean streets of New York City in order to save the local residents from the evil tyranny of The Lizard and his rampaging misfit gangs. 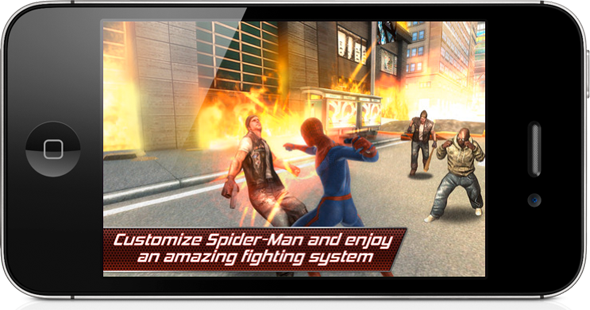 Using his spider-like characteristics, Spider-Man has to web-sling, crawl and fight his through the each level in an open plan New York that features beautifully created 3D environments and immersive experiences that will keep players yearning for more action. The game gives access to districts of New York City, all of which are available to explore through a series of 25 missions designed to test even the most accomplished superhero. A new and unique fighting system is also included in the game, and offers players a bunch of new combos to tinker around with. 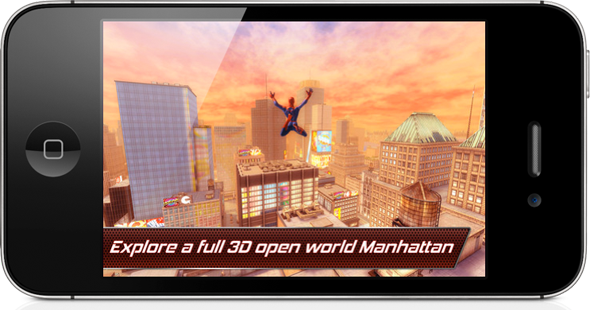 As the game progresses and users get more involved in missions, upgrades become frequently available that allow attacks and skills to be upgraded, meaning a more powerful and lean crime-fighting machine. Apart from the 25 missions that exist within the game, exploring the mean streets of Manhattan will often result in secret hidden missions. Gamers will need to keep their wits about them and utilize all of their Spidey sense in order to survive this experience.

Advanced graphics and beautifully rendered visuals make The Amazing Spider-Man a truly outstanding gaming experience on a smartphone or tablet device and definitely a worthy gaming sidekick for this year’s blockbuster movie. Remember though, with great power comes great responsibility. The people of New York City have put their trust in you. 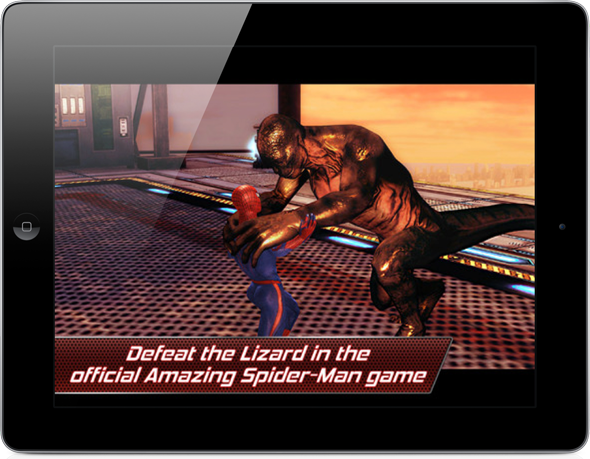