Having Wireless CarPlay in a car is still a luxury. Only a very few car models come with built-in Wireless Apple CarPlay option. While there are some third-party headunit options available, most of them start from $450-$500 price point and they go as high as $1000, and even then they offer the whole experience on a low resolution and a small 7-inch display. Not to forget how difficult it’s to install them.

You can of course totally spend that much and get Wireless CarPlay in your car, but not many can afford those options, nor is everyone willing to replace the stock system with them. 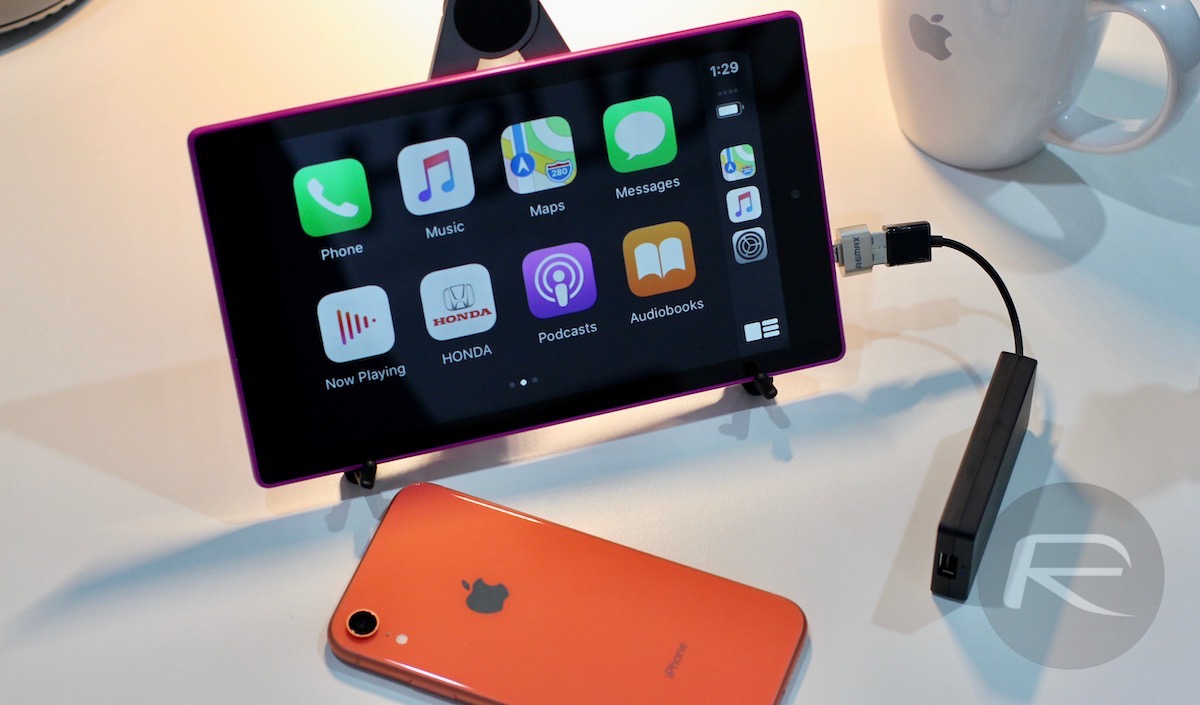 Fortunately, there’s a comparatively cheap and easy-to-install plug-and-play alternative available which will get you full Wireless Apple CarPlay in your car easily for around $100 bucks. The price goes even more down if you already have a spare Android tablet lying around that you can use for this purpose.

I am talking about using an Android tablet with a Wireless CarPlay adapter (or dongle as it is more commonly referred to as), which when paired together, brings full Wireless CarPlay to just about any car. 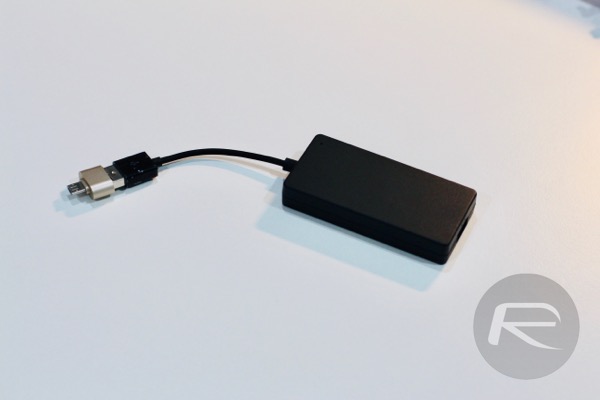 As long as the Android tablet is running Android 4.4 or later, this should work just fine. Even the cheap $39 Fire tablets which are powered by Fire OS (a fork of Android) worked absolutely fine with it in my testing, as can also be seen in the video embedded at the bottom of this article. Simply install the accompanying Android app APK for the adapter on the tablet and you are good to go. 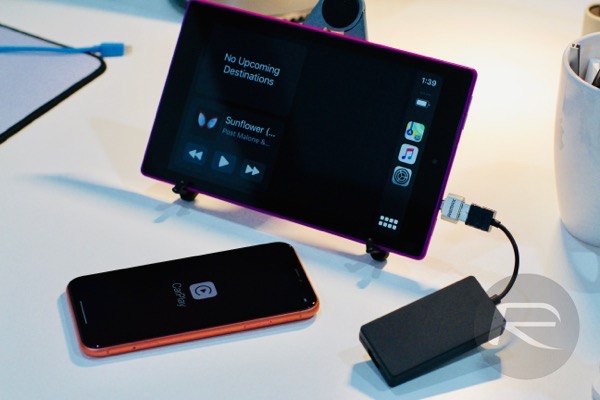 The flexibility you get with this setup is also great. You can start off with a cheap $39 Android tablet to test it out and then go with a bigger, better screen in your car later with a $119 tablet like Fire HD 10, or something even more expensive with iPad Pro-like design like the $229 Samsung’s Galaxy Tab A. Fancy something Tesla-style in your car? You can go with an 18-inch tablet like Samsung Galaxy View for that amazing experience in your car. They all will work just fine with the aforementioned Wireless CarPlay dongle, which by the way also has wired-only CarPlay compatibility if you so wish to use that instead. Sure, those later options are expensive and will cost as much as third-party headunits with built-in CarPlay but none of those third-party headunits will give you such big high-res screens and flexibility for Wireless CarPlay in car.

Not to forget that since these tablets run Android, you will not be limited to just CarPlay and can run native Android apps in your car as well, something that those third-party headunits with built-in CarPlay won’t let you do. If your Android tablet is running Android 6.0 or later, you can even make use of native Android side-by-side multitasking to run an Android app on one side and Wireless Apple CarPlay on the other.

Best of all, all versions of iOS are supported, even the latest iOS 16. Siri commands via microphone, dashboard view, steering wheel control option support are all supported as well. 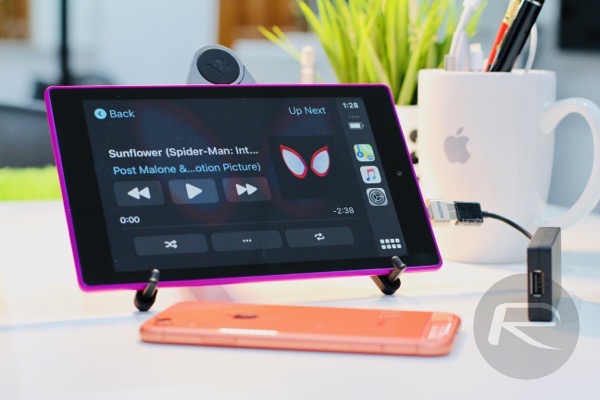 If you ask for my recommendation, I’ll suggest starting with a cheap Android tablet like Fire 7 for trying this setup out in your car. If you think it works well for you, go for a better and large screen Android tablet for even better experience.

If you are interested, links to how you can get this for your car can be found below.

Also, don’t forget to watch the video of it all in action below.