If you happen to be an owner of an iPhone 4 or 4S, and use it a lot for listening to music or watching any type of video based media, chances are that at one point you have looked for some kind of compatible accessory to compliment this media playback. Personal headphones are obviously a popular choice for music listening in a public area, but what about those instances when you are in your own private space and want to enhance the audio and visual capabilities of your iOS device?

One of the latest accessories to enter the iOS device peripherals arena is the HiveDock. As the name suggests, the product offers users the ability to dock their iPhone 4/4S into the accessory with the promise of enhancing the audio and visual experience provided by the smartphone. The HiveDock’s main appeal is based around the fact that it goes about its job without the use of any additional power or electronics, meaning that its feature set is provided purely through design. 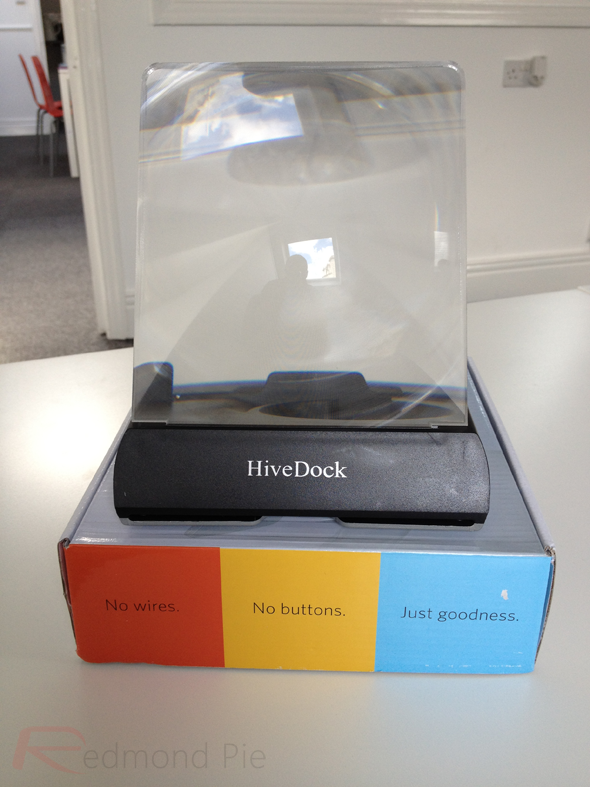 The dock contains what the production team are calling a ‘sound chamber’, which is effectively a con-caved part of the product that channels the sound produced by the docked iPhone and projects it upwards with the theory being that it amplifies the sound for the user. Additionally, the HiveDock also features a separate Fresnel Lens that slides into a purpose built area on the front of the dock, sitting in front of the docked iPhone 4/4S to magnify the screen, thus providing a better viewing experience to accompany the amplified sound. Sounds great, but does it work?

Firstly, through my rigorous testing of the HiveDock with an iPhone 4S I found the amplification of sound was somewhat hit and miss notably depending on the environment that I was in. The concave sound chamber theory is sound, and is something that has been used in other products that are on the market. The HiveDock’s implementation of this fits in with the design of the product nicely and does yield noticeable results and while the difference isn’t ear shattering, it definitely does provide decent amplification. 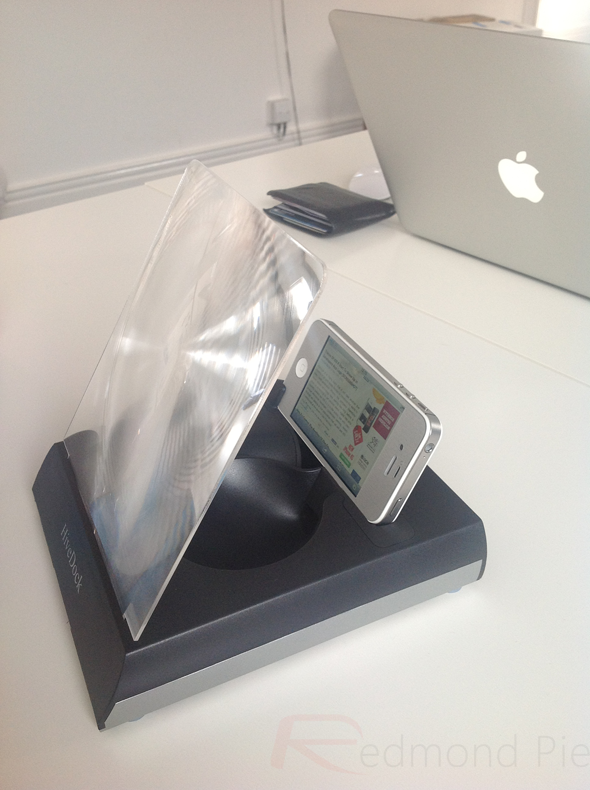 Onto the visual magnification. The included Fresnel Lens sits at the front of the HiveDock which can magnify the display by up to 2x. The box printed literature says that the lens will provide "crystal clear 2X magnification", a claim that I have to disagree with unfortunately. After using the lens to view various YouTube videos, movies and TV shows I found that it only impaired my viewing experience and whilst it obviously does provide magnification, the "crystal clear" claim may be a step to far. I entirely concede however that this may be a personal preference of mine and opinion will ultimately differ between users. 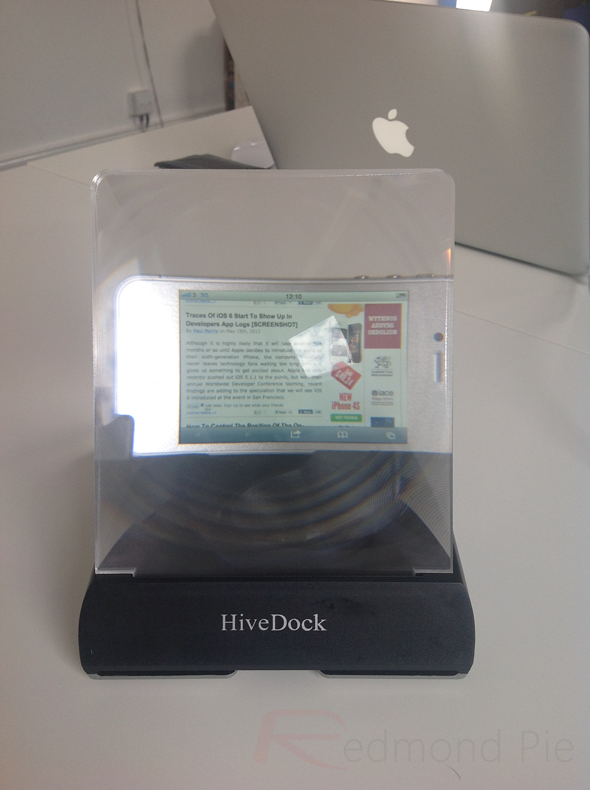 Considering the HiveDock retails at $34.99, there is definitely a lot to be said for a product that offers sound amplification and screen magnification in this price bracket. However, the build quality of the dock seems to reflect the relatively low price tag and I would imagine that it wouldn’t survive any knocks or drops very well. With that said, for those who are looking for the type of functionality that the HiveDock provides, I wouldn’t imagine there would be any disappointment when you take into account the price tag versus the features provided.