Apple is set to revamp its audio lineup as soon as 2019 according to a new report by the oft-reliable Mark Gurman over at Bloomberg. The report has a new HomePod, updated high-end AirPods, and all-new over-ear headphones shipping at some point in 2019.

Rumors of updated AirPods in particular have been rife, with a slightly refreshed model expected to arrive this fall with with Hey Siri support built in. It’s the third-generation that the Bloomberg article focuses on though, claiming that it will bring with it a raft of new features.

Apple Inc. is about to pump up the volume on its audio-device strategy, planning higher-end AirPods, a new HomePod and studio-quality over-ear headphones for as early as next year, according to people familiar with the matter.

Starting things off with the AirPods, Bloomberg’s report has the third-generation device costing more than the current $159 option, leading Apple to offer a two-tier approach for the AirPods. This will see the higher end model, launched in 2019, offering more features such as a biometric sensor for heart monitoring and water resistance for protection “against rain and perspiration.” as well as noise-cancelation feature.

Alongside the third-generation AirPods, Apple will also apparently be releasing new over-ear headphones after experiencing “development challenges” which pushed the release back from its original late 2018 window. Don’t expect the pricing to be on the inexpensive side though, with them likely to be placed as a “higher-end alternative to the company’s Beats line.” 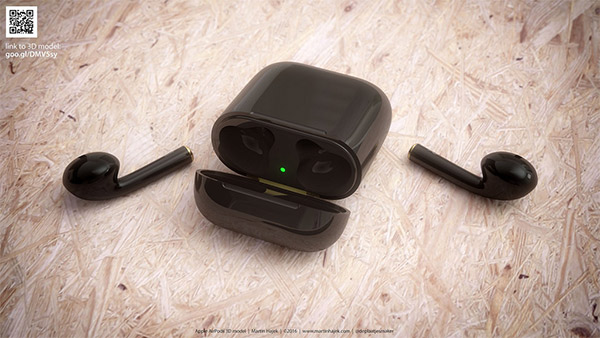 Finally, the report also suggests that we could see an updated HomePod as soon as early next year, with Apple potentially moving production away from Inventec. Foxconn, the partner responsible for building Apple’s iPhone, is in the race to take over should that come to fruition.

While none of this is unexpected as such, the timescales may be of note. Apple’s HomePod is still a relatively new product and an update as soon as next year may not have been expected. Likewise, depending on when the second-generation AirPods debut it is possible the third-generation may not have been originally anticipated until 2020.