It’s been a busy day for software-in-progress over at Apple today, and as well as rolling out OS X Yosemite 10.10 Developer Preview 4 and iOS 8 Beta 4, the Cupertino giant has also made iTunes 12 Beta available as part of Yosemite. As well as some serious design tweaks, there are also quite a few new features packed into this release, and as ever, you can check the details – as well as some first-hand screenshots – right here.

Given that iOS users are now gathering new content via the iTunes and App Store apps on their iPhone, iPad and iPod touch devices, the iTunes desktop application doesn’t get quite as much attention as it used to. Users are currently in the process of migrating their digital lives over to this so-called “post-PC” environment that, in many respects, negates the requirement of iTunes’ services. 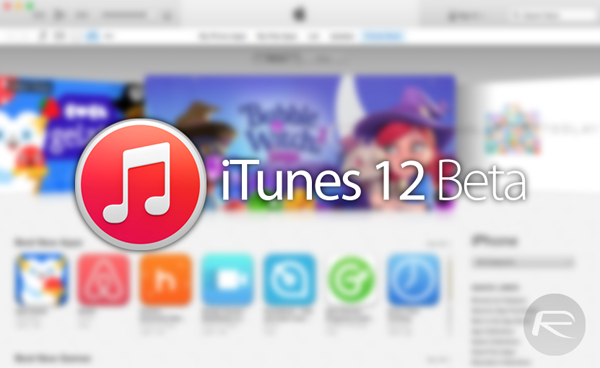 With that said, it’s still a major focal for a large portion of Apple users and non-Apple users alike, and although we’ve heard quite a bit about what the Mac maker has in store for iOS 8 and OS X 10.10, we now have the opportunity to get up close and personal with iTunes 12 beta.

So, what’s new? Well first and foremost, the design has been “streamlined,” as per the change log, and as we think you’ll agree if you happen to check this beta out in OS X Yosemite Developer Preview 4, the subtle alterations do make for a better overall aesthetic. Nothing ground-breaking here, but it looks good nonetheless. And yes, it comes with a brand-new icon as well, ditching the old blue one along the way. 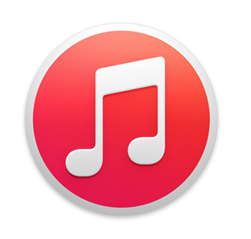 There’s also an intriguing new Family Sharing Feature, which allows you to readily share with family purchases from the App Store, iTunes and iBooks. This is, in some respects, already possible, but whereas current sharers would need to run the same Apple ID account to share apps, books, music, games and such, Family Sharing makes this possible for family members who wish to still run their own accounts.

Playlist functionality has also been enhanced, while the info window is now cleaner and easier to digest.

The complete change log of the update is as follows: 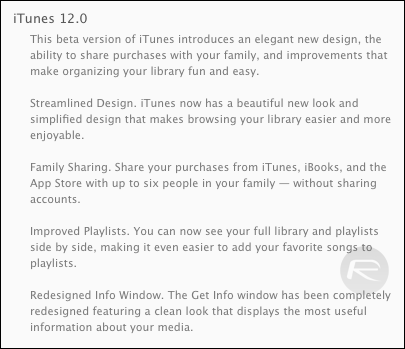 iTunes 12 beta is available as a part of the new OS X Yosemite Developer Preview 4, and below, you can check out some of the screenshots that we have hand-picked to highlight this new release. 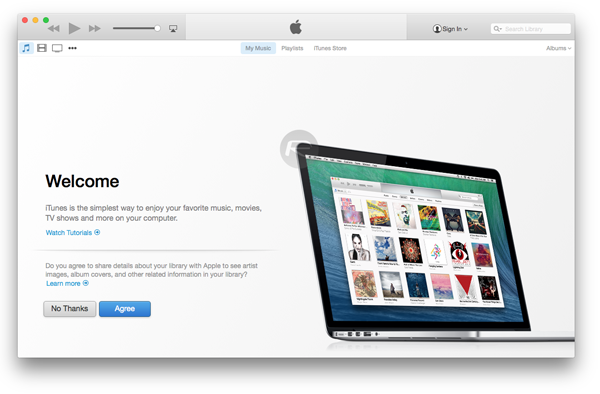 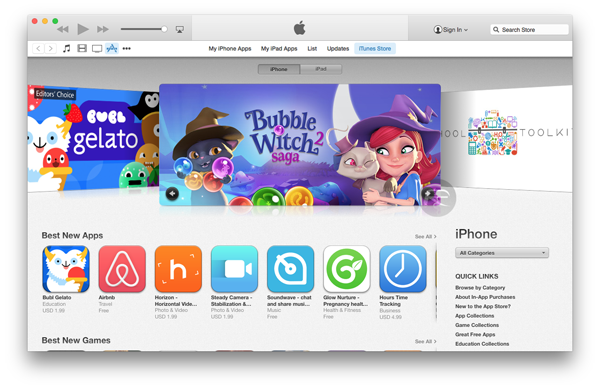 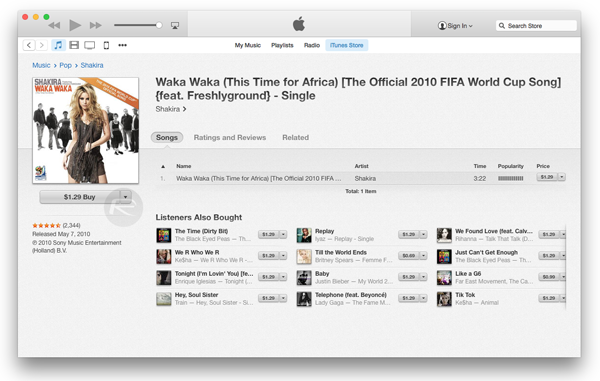 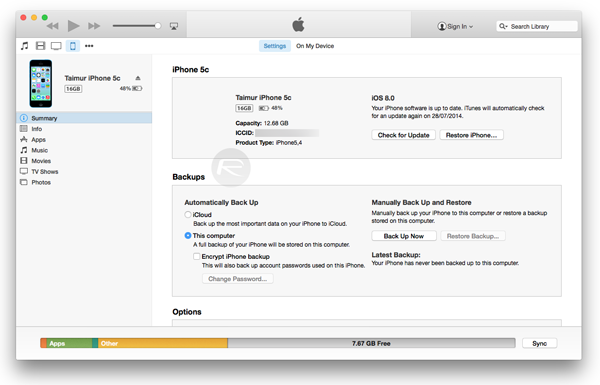 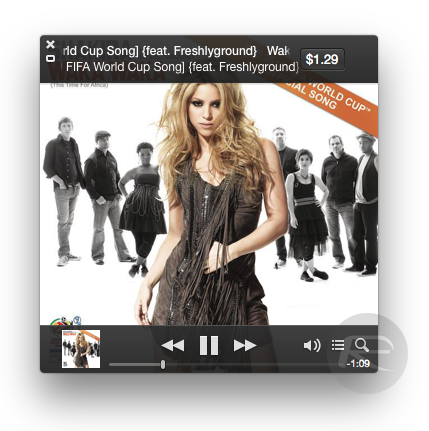