Facebook Save Announced: A Read It Later Service For iOS, Android, Web [Video]

Saving links to be read later may seem like a simple, forgettable feature but as apps like Instapaper and Pinboard have already proven that there’s plenty of use for such a feature. Now, two years after buying Instapaper competitor Spool, Facebook has launched its very own read-it-later service.

Built right into Facebook’s Web interface, the company is calling its link-saving feature ‘Save’ and it will apparently work on links in your News Feed as well as places and events, which could be of benefit to those who eat out or go to a lot of parties. Unfortunately, we’re not popular enough for either of those two use cases. 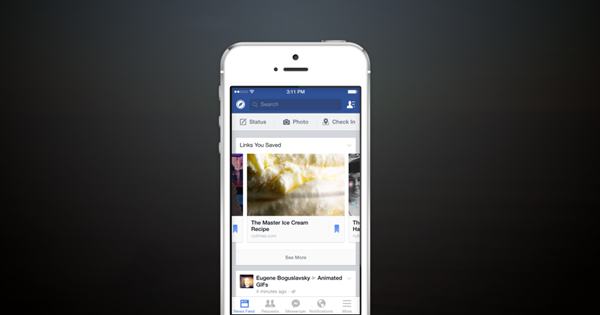 While Save will keep links in a handy list so you can’t forget to check out that cat video, it will more closely resemble Pinboard than Instapaper due to one key point: Save doesn’t actually archive Web pages and instead simply offers a way to save links to read later. In fact, even Pinboard has an archival feature that can be bought as part off annual subscription. Facebook is offering no such thing. 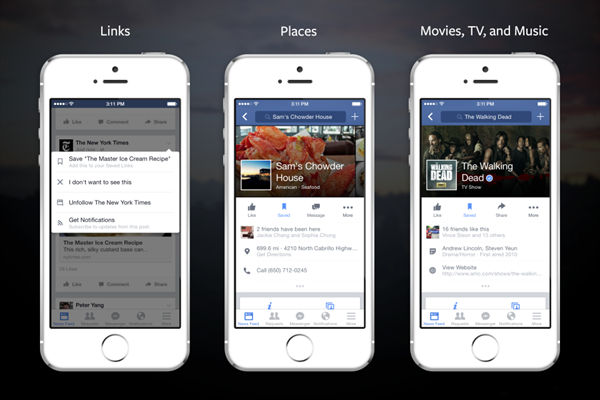 Facebook says that all your saved links will be private, and that it will surface them as a carrousel in your News Feed so you won’t forget that they’re there. We’ve often found links in Pinboard that we’ve forgotten all about, so this would be a welcome feature for us. 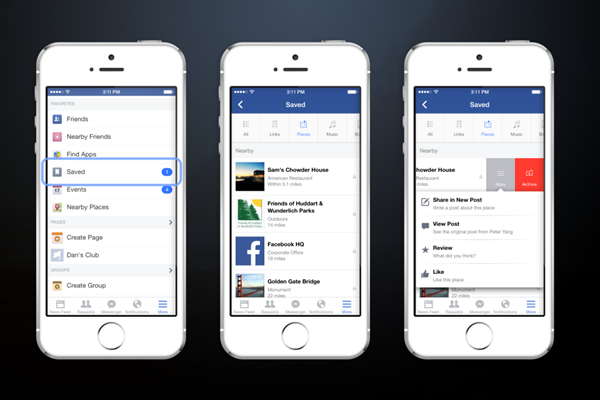 The new Save feature will be rolling out to Facebook users over the coming days, but it seems to be rather unfortunately hidden beneath the drop-down arrow to the side of each Facebook update. The button to save links will apparently be more prominent on Pages, but we suspect plenty of people won’t even know that Save exists and so won’t be using it, which could be a shame.

There’s no telling why it’s taken Facebook so long to make use of Spool, but now that Save is here, we’d have expected Facebook to make it more prominent. Still, who are we to argue with the Mighty Zuck?

Facebook Save iOS, Android and Web will be available to everyone in the next few days as we mentioned above. But when it does bear fruit, you will hear it from us most definitely!