Apple has just seeded the fourth developer preview of OS X 10.10 Yosemite for those subbed to its Mac Developer Program, and therein, you’re likely to find general performance enhancements and bug fixes along with a shiny new release of iTunes 12 beta. Details, can be found after the break.

The Cupertino company has remained fairly conservative with updates made to its desktop OS, opting for incremental tweaks rather than anything to heavy through the past couple of generations. Yosemite follows in much the same vein, but with an aesthetic makeover offering parity with iOS allied to a couple of other significant alterations, it’s still perhaps the most noteworthy bump in recent years. 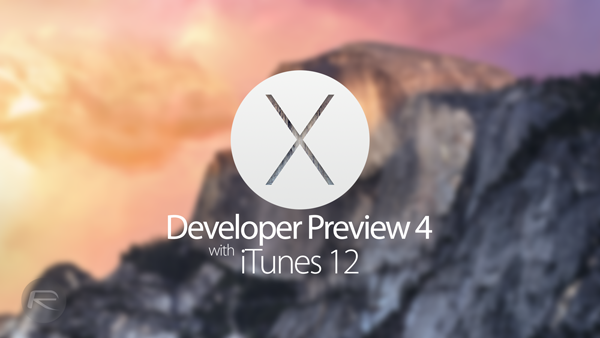 The Continuity features, in particular, further amalgamate OS X with devices like the iPhone and iPad, with Handoff allowing users to flit between desktop and tablet / smartphone with consummate ease. It’s in Apple’s genetics to have everything working harmoniously, and with consumers increasingly utilizing their iPads and such in conjunction with their Macs, it’s a necessary improvement that benefits the wider product line-up. 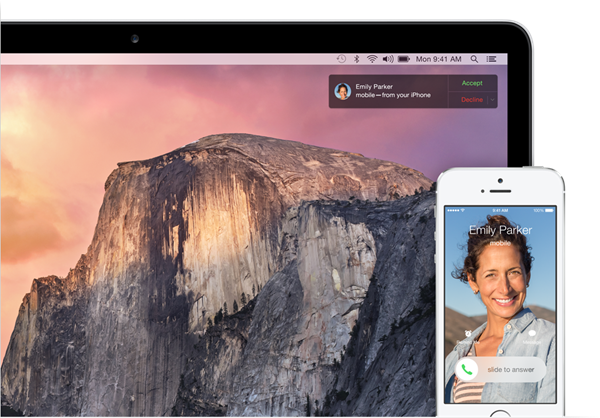 The developer preview stage is likely to spawn further updates before the Yosemite beta eventually arrives at some point in the near future, and although these current builds are dev-only, the new OS X Beta Seed Program – which Apple announced in the weeks leading up to this year’s WWDC – will ensure that all interested parties can get a taster of the latest software before it hits the end user channels.

As aforementioned, OS X 10.10 Yosemite Developer Preview 4 is mainly a housekeeping update, but comes with a neat new surprise in the form of iTunes 12 beta, which, for some reason, Apple didn’t talk about at WWDC. According to the change log from the Mac App Store: 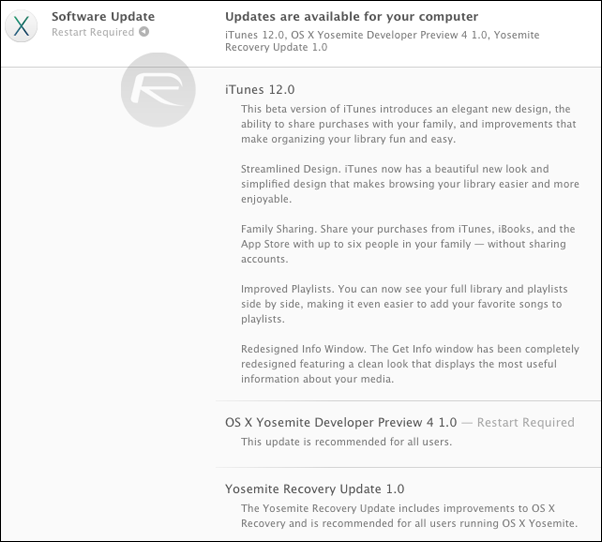 It’s quite obvious from the change log that iTunes 12 beta is a big update over iTunes 11. And just like Yosemite, the new iTunes features a flatter overall design, which ties in nicely with the rest of the OS. From Family Sharing to improved playlists etc., Apple has once again outdone itself in the iTunes playground.

We haven’t had the opportunity to spend any quality time with this new build, which is hot off the press, just yet, but we’ll be taking a closer look over the next few hours and as ever, reporting back on any interesting findings, especially those related to iTunes 12 beta.

As noted in our previous coverage on these previews, you will need to be tethered to the Apple Developers Program if you do wish to indulge, and if you are a registered, paying dev, you can pick up this new release via the Mac App Store.