Apple has just rolled out download links for iOS 8 Beta firmware, and as well as adding one or two new features, there’s the customary dose of bug fixes and general performance enhancements. Details, as ever, can be found after the break!

With WWDC in early June, Apple finally lifted the lid on iOS 8, and although we weren’t expecting many changes aside from the Health app, we’re left with one of the more significant updates to the company’s mobile OS since its inception. The third-party keyboard support is among the clinchers, particularly for those who’ve found the largely unchanged native experience insufferable, and with Continuity features, improvements to Siri and widgets to boot we’ve been well and truly spoiled. 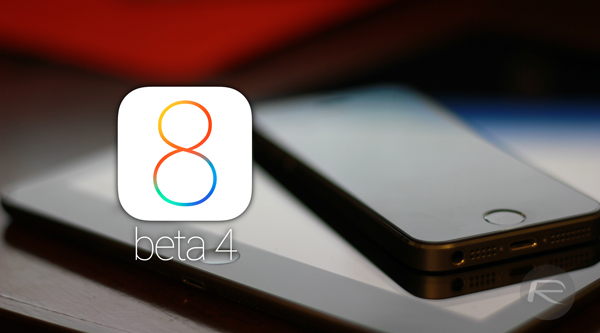 Today’s update, as per the change log, doesn’t offer a great deal, although as ever, it’s likely that Apple hasn’t felt it necessary to mention each and every little alteration. Thus, over the next few days, it’s likely that we’ll stumble across some more little tweaks and changes, and as we take the time to familiarize ourselves with this latest beta, we’ll be sure to notify you guys of anything significant as we find it.

For the time being, though, those subbed to Apple’s Developers Program can go ahead and grab the latest beta via the usual method. If you’re intrigued enough to try out the new beta but aren’t quite sure how to go about getting started, be sure to head over to developer.apple.com/ios, where you’ll find all of the necessary information. 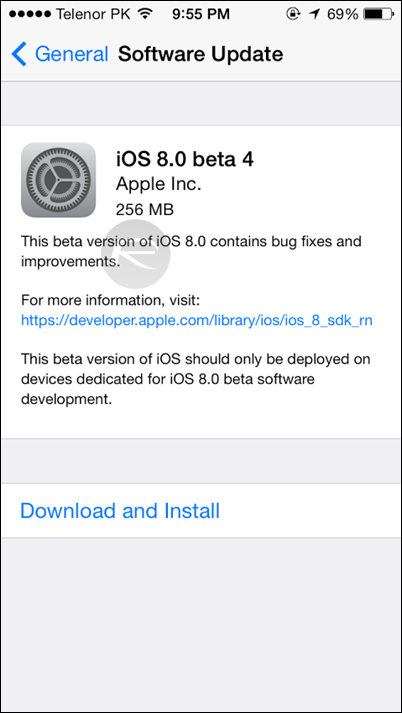 If you already have iOS 8 beta 3 installed, then you can also grab the beta 4 update from Settings > General > Software Update from your iOS device. The process is fairly easy to go by, and provided you have a fast internet connection at hand, then getting up and running with the latest beta release should be a piece of cake.

The GM release of iOS 8 should arrive alongside the next-generation Apple smartphone which, for obvious reasons, is reckoned to carrying the "iPhone 6" moniker. With two larger handsets in store, we’re very eager to check out both new software and new hardware in their completed states, and should we encounter any intriguing news pertaining to either, we’ll have a full-on report right here at Redmond Pie.