Here’s what can get you banned as a rider or a driver from Uber. Uber has drawn the line for passenger and driver behavior with new guidelines that must be followed. Here are the details.

Uber riders and drivers have been taking liberties, it would seem, and the ride sharing company has decided to remind everyone just what kind of behavior is expected from both the passengers and drivers. By updating its community guidelines, Uber has set its stall out, ensuring that there can be no confusion as to how people should conduct themselves when aboard an Uber. 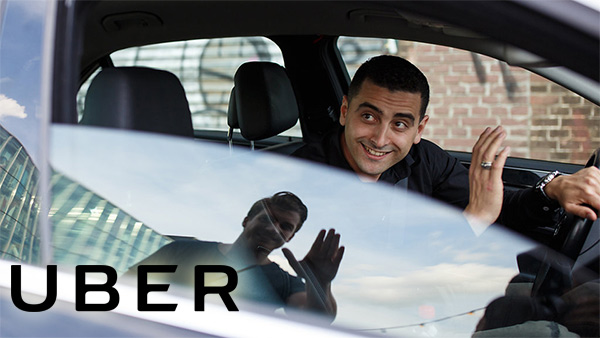 Uber has had a number of issues over the recent months and years, whether that be riders doing things they really shouldn’t or drivers who are equally as bad and sometimes worse.

It’s clear that Uber knows that it needs to reign both parties in, at least as much as it can, given its dubious relationship with its drivers. One of the few ways it can do exactly that, is to make sure everyone is aware of the expectations when setting foot inside an Uber.

We want Uber to be enjoyable and safe for everyone. These ground rules are designed to ensure that riders and drivers have a five star ride when using Uber. Please take a moment to read them. Because whether you’re a rider trying to get from A to B — or a partner wanting to earn money as a driver — your behavior matters.

Outlining some things people cannot do whilst driving around as well as some expected behaviors, Uber has confirmed that there should be “no sexual conduct between drivers and riders,” which we’d have thought was a given. Moving on, Uber doesn’t want firearms in its cars either, asking that riders “please leave your guns at home.” 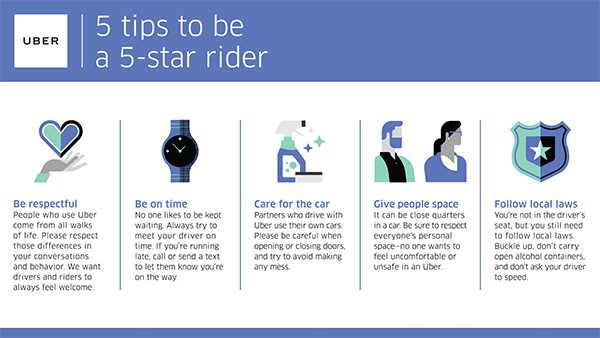 Similarly, Uber has also taken this moment to remind drivers to adhere to some guidelines as well which includes no contacting a passenger after a ride is over, or for that matter, physical contact is also discouraged. More so, drivers will also need to keep an average 4.6 star rating or risk deactivation. Too many cancellations will also risk deactivation.

The full list of responsibilities and rules is a lengthy one and well worth a read, but one thing worth highlighting is this; Uber will cancel your account if you fail to adhere to its rules. If you rely on Uber to get around town, or even simply use Uber cars on evenings out, it’s probably best to do as asked. After all, all of Uber’s points amount to one thing – just be nice.

For details on these new guidelines head over here.