After teasing its four-day shopping event, Apple has finally taken the wraps off of what has turned out to be a less than stellar offer, but one that is entirely in line with what the company normally does when Black Friday rolls around. Rather than offering huge discounts on newer devices, we have been treated to offers on limited, older devices with the promise of free gift cards when some devices are purchased.

The deals are currently only live in Australia as they are obviously further ahead as far as time zones are concerned, but taking their prices and rounding them to the nearest USD denominations means we get the following gift cards based on the device you are purchasing at the time. 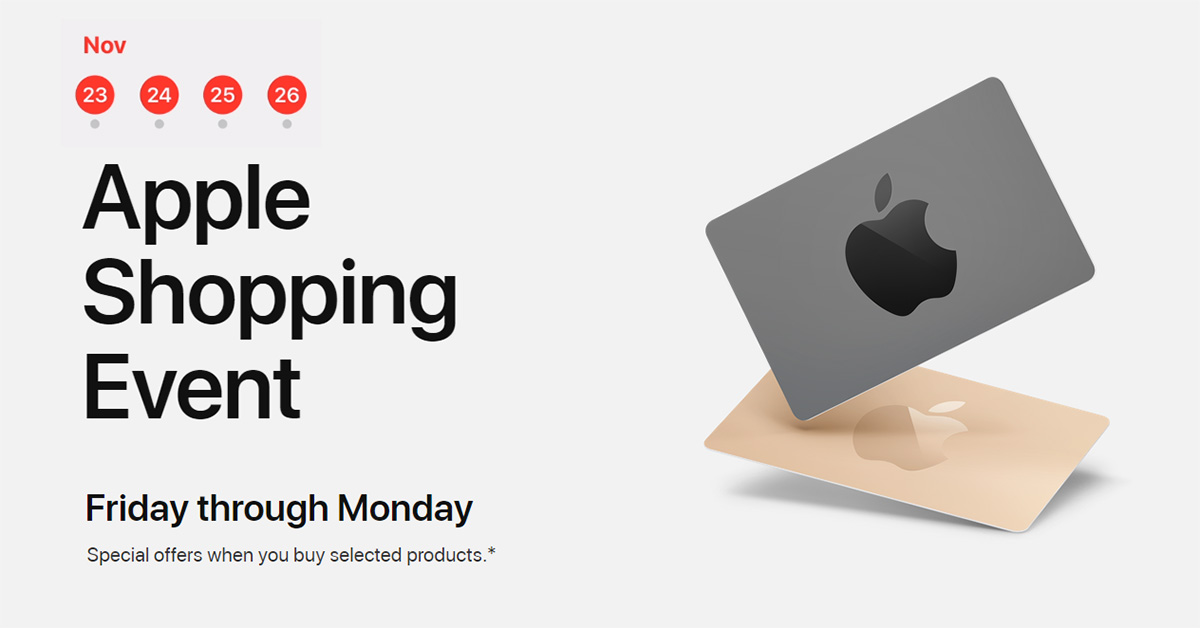 While that may sound good to start with, Apple is limiting the devices that qualify. As an example, the iPhone 7, iPhone 7 Plus, iPhone 8, and iPhone 8 Plus are the only iPhones included, and when it comes to the iPad, you’re only going to get a gift card if you pick up a 9.7-inch iPad, 10.5-inch iPad Pro, or iPad mini 4. Macs? Well, the MacBook Pro with Touch Bar is fine, although the MacBook Air deal only includes the older model. The new Mac mini isn’t included, although the majority of the iMac and Mac Pro lineup is.

Anyone looking at the Apple Watch will have to buy the older Apple Watch Series 3 in order to get a $50 gift card. It’s clear that Apple is trying to shift old stock with these deals, although we can’t help but think that the best way of doing that would have been to just slash prices. This is Apple, though. We know how they love their gift cards. 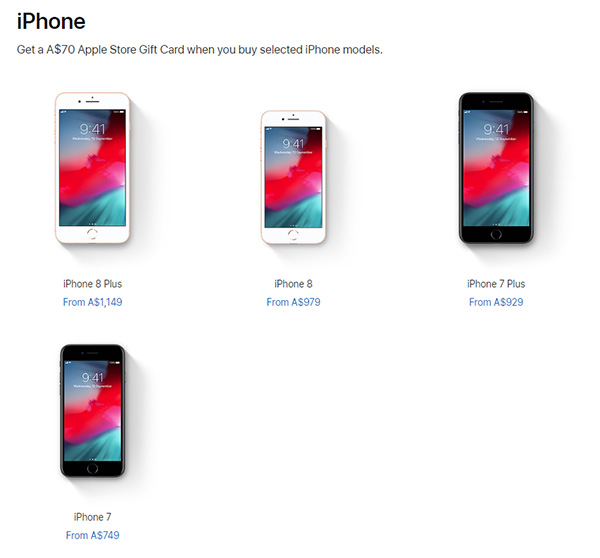