If you’ve been paying attention to the news lately, you’re probably aware that OS X Lion, which was seeded to the developers earlier this month, might be released to the world sometime tomorrow through Apple’s Mac App Store. While the system is being marketed as a easy to just install over Snow Leopard, there are some checks that should be carried out before taking the plunge. On this guide, we’re going over what you’ll need to do before setting up Lion.

The first thing you should do when installing a new system should be to check if your hardware meets the new requirements. For Lion, a Core 2 Duo processor, 2 GB of RAM and at least 10 GB of free space on your startup drive are highly recommended. In order to check if your Mac has the right specifications, access the Apple menu by clicking on the Apple logo on the top left and selecting "About This Mac". A window should pop up with your processor and RAM information.

Any Mac computer made from late 2006 onward should have no problem running the new system, although a RAM upgrade might be necessary. If you do purchase new RAM, try buying it from credible third-party suppliers, not directly from Apple, if you’re looking to save a few bucks without sacrificing performance or quality.

Keep in mind that there are additional requirements for certain OS X Lion features, such as its system-wide multi-touch gesture support, namely a multi-touch trackpad or mouse. If your Mac doesn’t happen to have one built-in, you can always purchase a Magic TrackPad or a Magic Mouse from Apple. 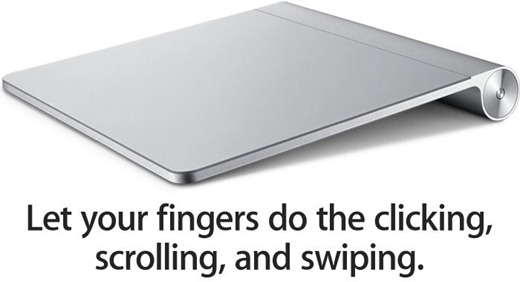 Firstly, it’s crucial to ensure that your hard drive has no errors, which can often be present on systems without users knowing about them. In order to run a check, you must access Disk Utility (by heading to your Utilities folder and double-clicking on Disk Utility). From there, select your startup hard drive from the sidebar and click on "Verify Disk". After a rather lengthy process, the program will give you the option to fix problems that might have been detected: if problems are indeed detected, you’ll need to boot off another disk rather than your startup disc (could be your Mac OS X Snow Leopard DVD or the DVD that came with your Mac, as long as it’s reasonably new) and correct the problems from there.

Aside from disk errors, it’s important to avert software errors as well, before they become a real problem. It’s recommended that all users install the Mac OS X 10.6.8 update (with 10.6.6 being the minimum required to migrate to Lion). As much as operating system updates are required, make sure all the software applications you have installed have no known issues with Lion, while paying special attention to PowerPC-based apps, which won’t be able to operate at all on the new system. In most cases, there are newer versions of your applications available that work on Lion, or newer alternatives to said application. RoaringApps is hosting a database of all apps that are known not to work on Lion, I’d recommend you check it out.

There are several other things you can do such as:

Alternatively, you could also just grab your Mac OS X Snow Leopard DVD and re-install your system from scratch before upgrading. That will make sure that no old apps or messy settings are left before you take the plunge.