The HDMI Forum has today announced the released of version 2.1 of the HDMI spec making it immediately available to all HDMI 2.0 adopters.

The announcement contains additional information about version 2.1 of the HDMI spec, including confirmation that it offers support for a range of higher video resolutions and refresh rates supporting resolutions up to 10K. 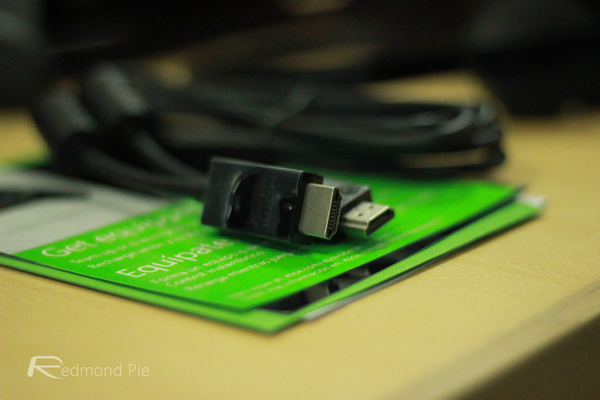 Where version 2.1 of the HDMI spec is concerned, the HDMI Forum has announced support for higher video resolutions and faster refresh rates, including 8K@60Hz and 4K@120Hz for what the Forum is calling “immersive viewing and smooth fast-action detail.” Version 2.1 of the HDMI spec will also support resolutions up to 10K for commercial AV usage as well as industrial and specialty use cases. New features in version 2.1 includes dynamic HDR support as well to ensure that every single moment of video played over the specification is presented in an ideal manner, as it was intended when created:

Dynamic HDR support ensures every moment of a video is displayed at its ideal values for depth, detail, brightness, contrast and wider color gamuts—on a scene-by-scene or even a frame-by-frame basis.

Reading the new features in the specification, and specifically learning that it now supports resolutions up to 10K, may be baffling to most average homeowners who are still happy and content with their 1080p TVs and HD quality. However, with companies like Apple releasing 4K-capable set-top boxes with Apple TV 4K, and an array of manufacturers like Samsung, Toshiba, LG, and AKAI, making 4K UHD TVs affordable to most, the idea of increasing resolution is filtering into most homes.

The HDMI Forum is clearly looking to stay ahead of the curve and ensure that the HDMI spec is always a few steps ahead of where average consumers are looking in order to future proof the technology and standard.

The Forum has also announced the Ultra High-Speed HDMI cable with support for 48G bandwidth for uncompressed HDMI 2.1 feature support. The cable is also backward compatible with earlier versions of the HDMI spec, meaning that it can be used with devices which don’t fully support version 2.1.

For those who want to find out more about the HDMI 2.1 spec, the official HDMI Forum press release can be found here.