Not even Apple themselves could have predicted the influence that the iPhone would have on the world when it was first launched in 2007. Obviously the company knew that they had created something special, but if asked to answer honestly, it is highly unlikely that anyone involved from the start would have thought it would become the iconic product that we have today. The current model iPhone, the 4S, is the fifth-generation device and although we are still a couple of months away from seeing what the technology giants have to offer us with their next iteration, the interest and demand is already unprecedented.

As is always the case around this time of year we start to see a bunch of parts and components being passed around the world wide web that claim to be actual sections of whatever it is that Apple is working on. This year is no different and we have already been treated to what are purported to be individual outer sections of the next-generation iPhone as well as some of the inner components that will make the device tick. Although we are used to seeing small sections of a possible device, it was actually only earlier on today that we were shown what could possibly be a fully assembled iPhone 5. 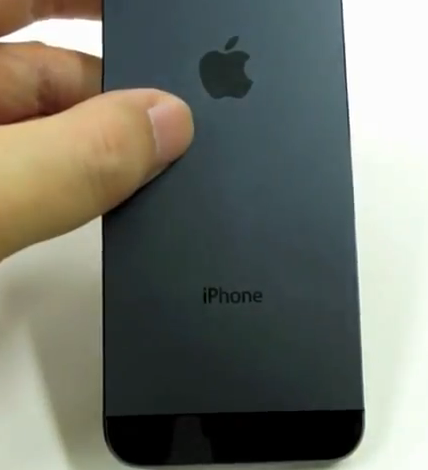 Featuring an extremely similar form factor to the current iPhone 4S as well as its predecessor the iPhone 4, the images showed us an extremely sleek and elegant looking device with the expected smaller 19-pin dock connection, redesigned speaker grilles and relocated 9mm headphone socket. The so-called leaked images also show the aesthetic changes on the rear of the device that have been reported consistently over the last few months. We never can tell what is actually real and what is spoof until we see some actual concrete evidence, but in this instance a released video from Macotakara on their YouTube channel seems to add some fuel to the fire.

The video, which shows the potential housings of the new iPhone, provides a quick overview of some outer casings that seem to match the look and feel of the previous images. Featuring the same smaller connection on the bottom as well as the familiar SIM card slot and apertures for the volume and lock buttons, the video obviously cannot be verified as showing genuine parts but looks extremely legitimate. The housing that is shown in the video even features the redesigned rear of the device that is mentioned above. We can’t stress enough that nothing can be clarified at this stage, but if this is the look and design that Apple is concocting for us then I for one will certainly be a happy next-gen iPhone owner.