Handcent SMS For Android Updated To v4.0: Support For ICS, Free Texts To Other Handcent Users And More

While I am a satisfied user of the stock Messaging app (mixed with SMS Popup) that comes with the Galaxy S II on Android 2.3/4.0, there are plenty of people out there who prefer a messaging app that does more than just send/receive text messages. They want abilities like being able to schedule texts, receive pop-up notifications, voice input/output, a nice home-screen widget, blacklisting, favorite contacts etc. etc.

Apps like GO SMS and Powow do offer most of these features and now, popular texting app Handcent SMS has received a major version bump which includes a handful of new features and improvements. Check it out after the jump! 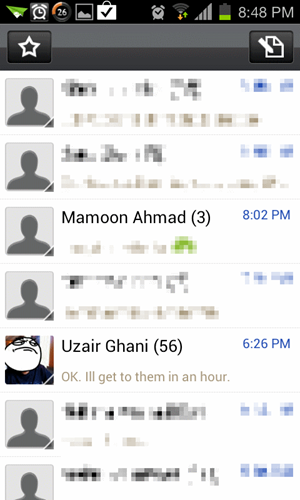 Developed by handcent_market, Handcent SMS is a powerful free texting app that will introduce you to text messaging experiences you haven’t witnessed before! Alright, that was a bit of a hyperbole, but it’s no doubt that the number of features that Handcent SMS comes with is rather overwhelming at first.

Other than that, you still get crazy-powerful features like scheduled texts, batch texts, quick replies, backup/restore, advanced theming, up to 250MB large MMSes and whole lot more. 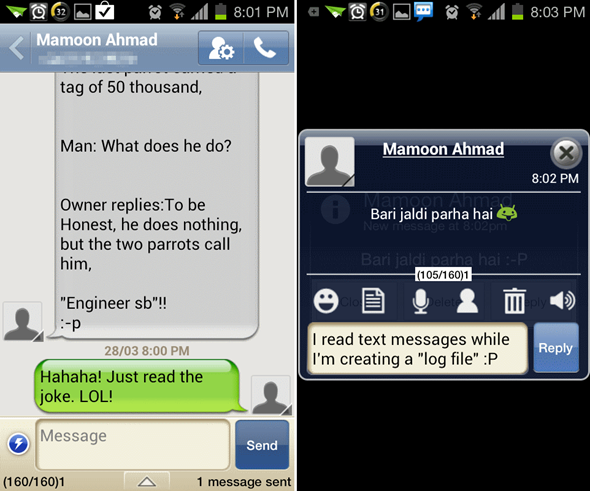 If you’re in the market for an alternative messaging app, you can’t go wrong with Handcent SMS and its mind-boggling number of features. Sure, the default theme is pretty tacky, but with a little customization you can give it a unique look.

Don’t forget to let us know what you think of Handcent SMS by leaving a comment over on our Facebook and Google+ page!