Many people who own iOS devices have jailbroken them in order to take advantage of features Apple might not want users to have access to. It now turns out that one of those people is Justin Bieber, who used a tool that’s only available for jailbroken devices to sent out a tweet. 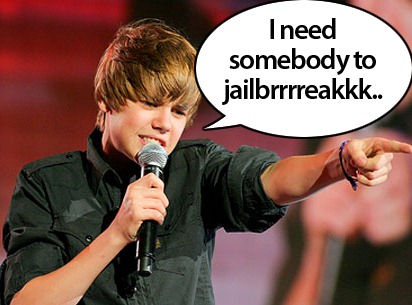 The tool we’re referring to is qTweeter, a jailbreak tweak that lets users send out messages to Twitter and other social networks from within any iOS app without quitting it. How do we know this? Thanks to Twitter’s "via" field next to every tweet, which displays the client that was used to send that specific tweet. There couldn’t be better evidence that Justin is an iPhone junkie than the picture below. 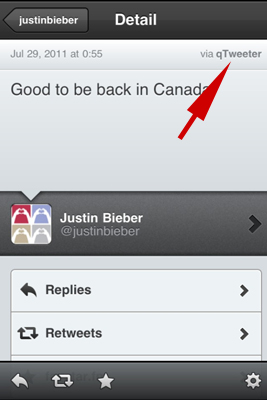 Some Justin Bieber fans might be stunned to find this out, but it shouldn’t come as a surprise. Jailbreaking is a procedure carried out by many users every single day by many users of all shapes and sizes, includes not-so-skilled ones. In fact, it’s so easy to jailbreak a device nowadays that a school child with some assistance could successfully perform one. In addition, we must not forget that Bieber is part of a generation that naturally likes to push the boundaries of the potential of everyday technology. For anyone with that goal, modifying iOS is definitely the best way to go about it.

Back when Bieber was just 12 years old, he began submitting his own performances to YouTube. Despite being known as a mainstream artist nowadays, the Ontario-born singer’s roots are definitely the Internet, more specifically YouTube, which was for a long time the only means his music was distributed, completely for free. More than just a well-known singer, Bieber is is an Internet aficionado at heart, so why not an iPhone junkie?

Justin is not the only well-known celebrity who’s used a jailbroken iPhone. Earlier this year, it became known that Justin Long, who starred in the popularly-acclaimed Get a Mac commercials which aired between 2006 and 2009, was revealed to have a Cydia icon on his iPhone, which of course means one thing: Jailbreak!

You can jailbreak your iOS device yourself by running one of the several free tools available, such as JailbreakMe 3.0, which works with iOS 4.3.3 and below, and Redsn0w jailbreak 4.3.5 if you’re running iOS 4.3.4 or above.

(via iDB | thanks seth2x for the hat tip)