Clone versions of flagship smartphones are nothing new, but it never ceases to amaze us at just how quickly the cloners manage to get their new wares out into the market once the likes of Samsung or Apple have launched a new handset. Sometimes the clones arrive before the real thing, which is truly impressive.

We told you yesterday of the first ever Galaxy S6 clone to arrive, and today, we have another. Made by Goophone, the Goophone S6 Lite and Elite aren’t quite the powerhouses that the real Galaxy S6 is. Featuring a MTK6572 dual-core 1.0GHz chip with 512MB of RAM, and a MTK6582 quad-core 1.3GHz processor with 1GB RAM, neither handset is going to win too many awards when it comes to speed. That’s not quite the point here though. 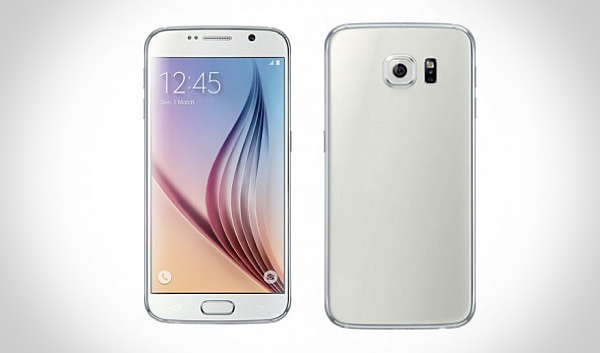 The Goophone does however feature an SD card slot which is something that Samsung can’t say about its new flagship smartphone, and although we doubt that will be enough to make people consider this over the real thing, it’s still worth noting. The most important detail here though is the price.

As with all clones, the Goophone devices use cheaper, less capable components while trying to look like the handset they are mimicking. The cheaper parts mean a cheaper selling price, and at $169 – including worldwide shipping – there’s little doubt that the price is compelling. We perhaps wouldn’t go so far as to suggest ordering one ourselves, but after noting that price, it has to be worth a look given the right set of circumstances. Just don’t expect it to compete with the Galaxy S6 proper as far as performance is concerned. 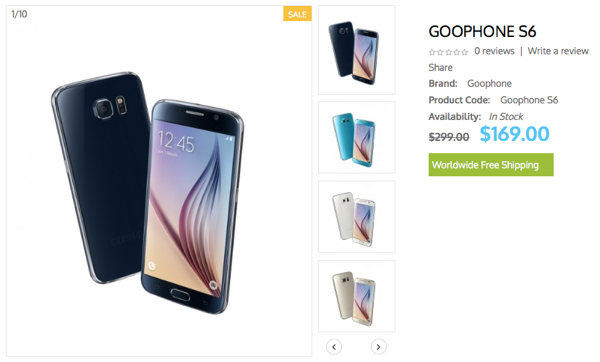 The real Galaxy S6 has just gone on sale and is already proving popular despite early reports of screen issues. We shall have to hang tight to see whether that particular issue is a real problem, or the usual launch hysteria getting blown out of proportion.