As a native app experience, YouTube Go will look to allow users to save videos for offline viewing, which is particularly useful in areas of low cellular data coverage, or where Wi-Fi isn’t as readily available as the populous would like. As such the aim is to cut down on data usage as much as possible. 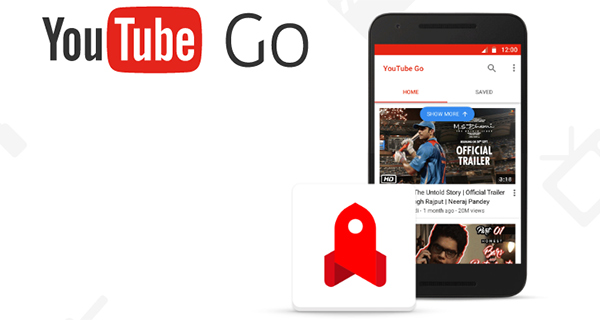 One of the interesting things about the new YouTube Go app experience is that it uses the company’s Smart Offline technology that was integrated and rolled out to YouTube users in emerging markets earlier this year. As part of the experience of viewing and saving a video for offline use, users will be provided with options pertaining to quality and file size of the download, which should in turn give an accurate information of the exact data that will be used as part of that download.

There’s also built-in functionality that allows local sharing of data with nearby users without actually needing connectivity. Released at a dedicated Google event in Delhi, YouTube Vice President of Product Management, Johanna Wright discussed the need for the app:

YouTube Go is a brand new app to help the next generation of users share and enjoy videos. YouTube Go was designed and built from the ground up with insights from India, in order to bring the power of video to mobile users in a way that is more conscious of their data and connectivity, while still being locally relevant and social.

The launch of YouTube Go also came alongside a slew of other products as part of a heavy focus on building and releasing tools and products with the Indian market in mind. With more than one billion people in the country, Google clearly sees India as an untapped market to a certain extent, and has released YouTube Go, as well as new versions of Chrome and Google Play that are dedicated to trying to tap that market.

CEO Sundar Pichai has outlined his belief that launching products in India ultimately makes them better in the long run for global launches, which means that we will likely see a number of the new additions, including YouTube Go, launching in other territories in the future.