It’s been a big few months for the tablet world, with Apple finally launching its iPad Pro, Microsoft launching Surface Pro 4 and now Google launching its own tablet. While Google has had its Nexus line of tablets for a while now, this is the first machine to be built by Google rather than one of its OEMs, and as a result, it’s also the first to use the Pixel moniker previously reserved for the company’s Chrome OS machines.

The tablet, dubbed the Pixel C, has a 10.2-inch display and certainly has the look of a Pixel device. Made of aluminum and with a decidedly sturdy aesthetic, the tablet is a nice piece of kit to look at. It’s got some grunt too, with 3GB of RAM and an Nvidia X1 64-bit processor, but the tablet does just run Android 6.0, meaning there are no special tablet customizations to make use of that big screen. Early reviews suggest that this is the device’s Achilles heel, with apps simply not built to take advantage of a tablet’s screen, or the landscape orientation that they tend to live in. 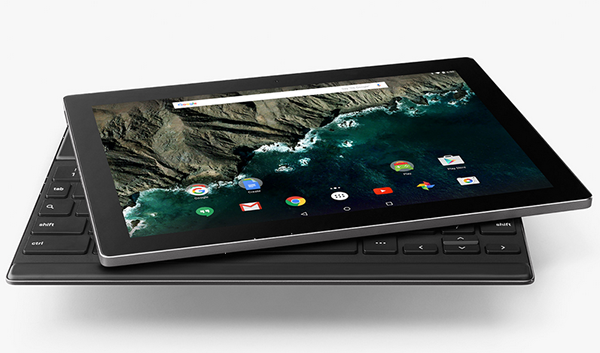 Back on the hardware front, though, Google is also shipping a $149 Bluetooth keyboard that can be used alongside the Pixel C. Attachable to the tablet via strong magnets and a hinge that may take some getting used to, the keyboard isn’t quite full-sized but does look like it will do the job for most. When attached and then folded over the tablet like a cover, the keyboard will be wirelessly charged by the Pixel C, meaning you shouldn’t ever need to charge the thing yourself. It is touches like that which make the Pixel C so tempting, but we’d rather see Android start to take advantage of larger tablet screens. The lack of any sort of split-screen multitasking is a shame, for example, especially when even iOS and Samsung’s smartphones are capable of such a thing.

If the Pixel C still has your eye, you can pick a 32GB model up for $499 or a 64GB model for $599, and they’re both available to buy now from the Google Store. As mentioned above, the keyboard accessory needs to be purchased separately for $149. 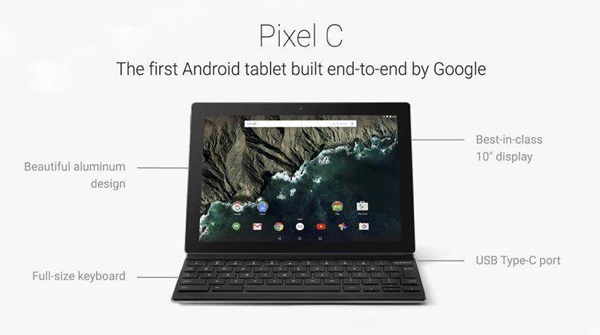