The App Store and Google Play Store is far from short of remote control apps. That is, apps to control a PC or Mac from a smartphone or a tablet. With apps like LogMeIn and Splashtop proving popularas well as countless other lesser lights keeping the big boys honest, owners of phones and tablets aren’t short of choice when it comes to remotely controlling their computers. Still, that apparently isn’t going to stop Google from entering the fray.

Google was already reportedly working on its "Chromoting" remote control app for Android back in July, but until now there has been no news of an iOS app being in the works. Now though, following text in a Chromium issues tracker, it looks like such an app is indeed in active development although it would appear that it’s quite a way from being ready for prime time just yet.

As noted, the iOS version is very unpolished at this stage. The toolbar icons are all placeholder, and the background color behind the host screen needs to be changed from blue to black. The upper toolbar for iOS (containing just the back button, so it can barely be called a toolbar), is revealed by tapping on the compass in the lower toolbar. Our plan is to consolidate the upper and lower toolbars into one toolbar that will likely be located in the upper section of the screen.

The app, which would allow people to control their computers using an iOS or Android device remotely would potentially tie into Chrome in a similar way to Google’s Cloud Print service. Similar functionality is already available via Chrome extension, and once an iOS and Android version of Chromoting are released it’s possible Google will have the biggest remote controlling app on the market.

With so little actually known about the Chromoting tool we don’t yet know what will be needed to make the magic happen. Some are speculating that Chrome will need to be installed on the iOS device that is used to control a computer, though we’re less sure about that at this point. Chrome’s use on iOS is relatively low compared to Safari’s, and Google isn’t shy about launching bespoke apps on iOS anyway. Still, with the app apparently so far from being ready, it’s possible that Google itself doesn’t yet know how things will pan out. 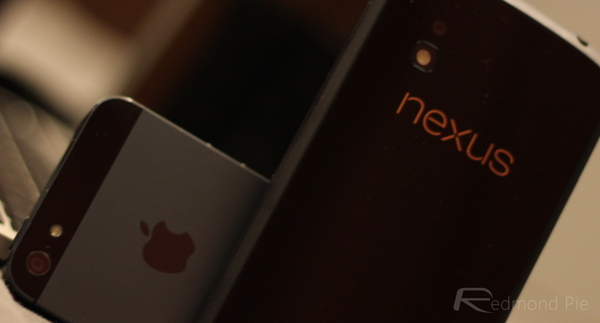 We’re fans of Splashtop here at Redmond Pie, but if Google can come up with something just as good if not better, and more importantly keep it free, we can’t wait to see what it looks like.