How To Pin Favorite Contacts In iOS 7 Notification Center

We’d argue that Notification Center is still something of a missed opportunity for Apple. Since it was introduced we’ve all hoped that the company would add new features to the pull-down shade that makes it more useful, but despite promising signs here and there it seems that Apple is blind to the possibilities that could be afforded by opening Notification Center up to developers.

Of course, that isn’t going to stop jailbreak developers from doing their best to make the most of what Notification Center has to offer, and one tweak that does just that is Favorite Contacts 7 for NotificationCenter. 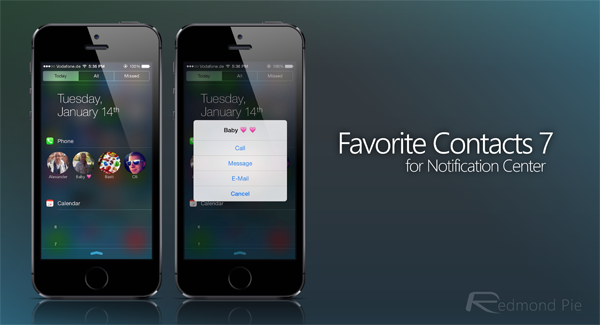 The tweak allows users to choose whether they want just text or an image to be displayed, and tapping either will offer an option to either call that contact, or send them an iMessage or email. In short, tapping a contact will give users all the options they need when trying to get in touch with someone.

Being able to quickly call people or send them some sort of text-based message is something that many of us have other methods of achieving. Some use Launch Center Pro for such a thing, for example, but having everything in Notification Center has one advantage over most alternatives is that it makes them accessible from anywhere, and at any time – even from the lock screen or when using another app. 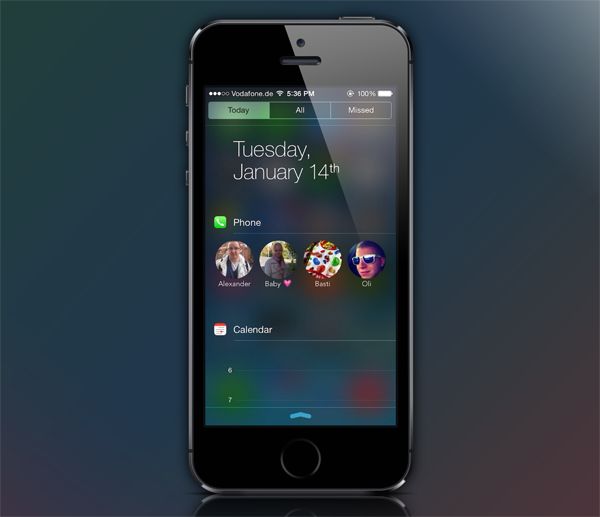 We’re still at a loss as to why Apple hasn’t included this kind of functionality as standard, but we’re sure someone somewhere in Cupertino doesn’t think it’s a good idea.

You can download Favorite Contacts 7 for NotificationCenter from the BigBoss repo in Cydia.