Google just released an official guide for iPhone users wanting to move to Android. The guide provides iPhone users all the steps needed to jump the iOS ship, and hop onto the Android bandwagon, with all of their important data migrated onto their new device. In the early days of the iPhone vs. Android war, it was marketing that was key to ensuring a decisive victory that hardly ever came by. These battles were important, for both Apple and Google to stay in the game. However, now we have the two taking a jab at one another’s nerves.

The Nexus 6 is to be hitting shelves very soon, and it is no surprise that Google has just released such a guide within this time-frame. Naturally, Google is expecting some iPhone users to be interested in its new phablet, but reckons, that due to concerns about migrating data onto another platform, let alone, the learning curve, most iPhone users abandon the idea. More so, the guide is not some boring old manual, but an interactive website, that welcomes users to try some change. 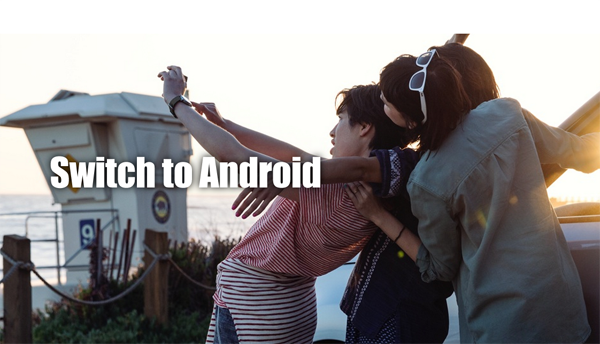 Almost a year back, we had Google’s Eric Schmidt release a guide on how iPhone users can easily switch to Android with all of their data, and detailed some pointers to ease the transition for users. Schmidt claimed that a lot of his friends were ditching the iPhone in favor of the then popular S4, Nexus 5, Motorola DROID Ultra etc., citing the same need for tips on helping iPhone users in transitioning to Android.

Of course, Apple couldn’t sit by idly, and waited to make its statement with the release of the iPhone 6 / 6 Plus. Apple proudly released a guide, that informed Android users how to jump ship, now that the iPhone had plenty of real-estate to offer for the first time in the smartphone’s history. Given the record breaking sales, did that guide actually work its magic?

Seems like these guides for helping people turn coats show up right around the launch of a new model, and why not, it makes perfect sense. As mentioned, this recent guide from Google is an attempt by the search engine giant to do away with any hindrance that may cause any iPhone user to sway half way just because the transition seemed too complicated.

This war of the guides needs to be analyzed more closely to truly understand how many users actually stop short of bailing on a platform, just because the transition to another seems too painful, or users just don’t know how.

If you’re planning to jump ship, then do check out Google’s guide right here.