It was suggested in the build-up to the launch of the iPhone 6 and iPhone 6 Plus, particularly by analysts, that Apple’s decision to increase the display real estate would prompt a surge in upgrades. The same reports also indicated that hordes of Android users would jump ship, and the 4+ million pre-orders of the Cupertino company’s latest smartphone would appear to corroborate this notion. While, for existing iPhone users, the iPhone 6 and 6 Plus will seem familiar for the most part, those making the leap from Android mightn’t be as seamless, and so, rather nobly, Apple has prepped a guide on how those switching allegiances can do so painlessly.

Although such a manual would seem necessary given that Apple wants its new customers to settle in nicely, it’ll surely not make for pleasurable reading for rival vendors, and given the energy that some companies, notably Samsung, have put into slating the new iPhone line-up, don’t be surprised if manufacturers of Android handsets have something to say in response to the guide. 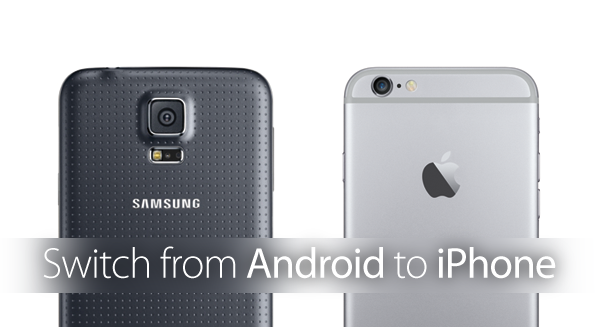 Outlining a number of apps and services that folks can utilize in moving from Android to iOS, Apple offers a neat, categorized view detailing on how such effects as apps, eBooks, documents, contacts and photos can be moved, and Tim Cook’s team will be hoping that its tips will dispel any notion that moving from one platform to another is the torturous, painstaking process that it once was.

With the big launch just days away now, we’re very close to seeing just how many devices Apple shifts on its opening weekend, and given the numbers already published – the 4 million mark was reached in just 24 hours – it’s likely to be a record-breaking one.

If Apple has managed to sway a portion of the consumer market away from Android, you can bet your bottom dollar that those figures will be made public at the earliest point as the Mac maker looks to one-up on Samsung et al, and given the critical acclaim of the Apple Watch, the onus is definitely on the rest of the field to deliver the goods over the next few months.

You can check out the whole guide in detail by pointing your browser here.

Are you planning to ditch your Droid for an iPhone 6 / 6 Plus? Share your thoughts with us below.