Google has just released Photo Sphere Camera app for iPhone, allowing users to capture panoramic, 360 degree snaps and share them with others. With Maps support permitting users to geo-tag their photos, others can then search for images of any destination around the globe just by placing a pin on the Big G’s virtual map. More details, as ever, can be seen after the jump.

Photo sharing apps are ubiquitous, with Instagram having to fend off the advances of rivaling services like Tadaa and EyeEm. But Photo Sphere is different in that it’s designed for those wondrously immersive 360-degree shots that allow us to relive adventures and moments in all of their glory. 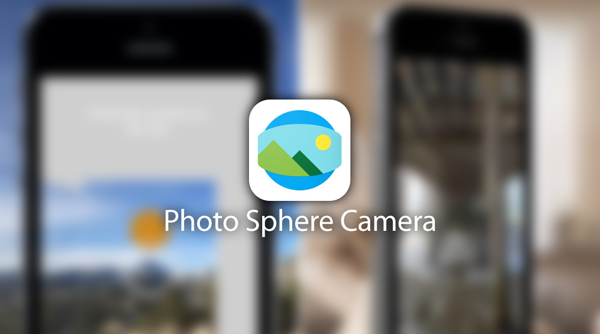 The search giant has been hugely successful in a number of software-related fields, with Maps being one of the most obvious examples. But despite its significant Web presence, the company has long since pined for its very own, significant photo-sharing utility, and while Photo Sphere Camera is by no means an Instagram incarnate, its release for iPhone does underline the Android maker’s still-burning urge to join the party. 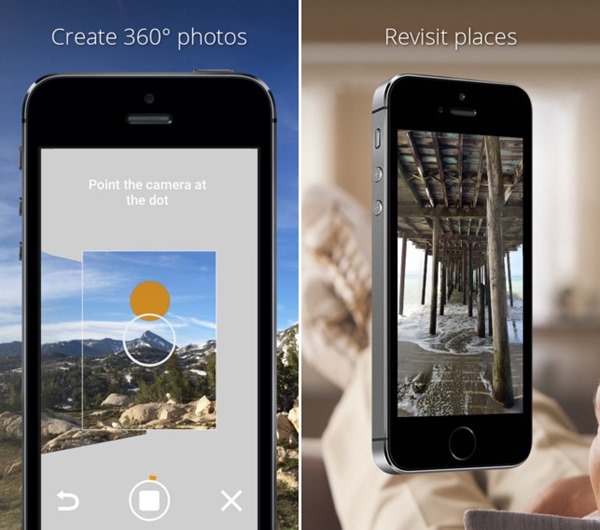 Only a couple of years back, Google launched Photovine, which, despite some significant publicity, eventually went down like a lead balloon. Having been abruptly pulled offline back in 2011, the lack of a decent photo-sharing network has remained something of a thorn in the company’s side, and while it continues to push ahead with this new Photo Sphere Camera app for iPhone, one has to wonder whether there’s a more concerted, significant effort in the pipeline. 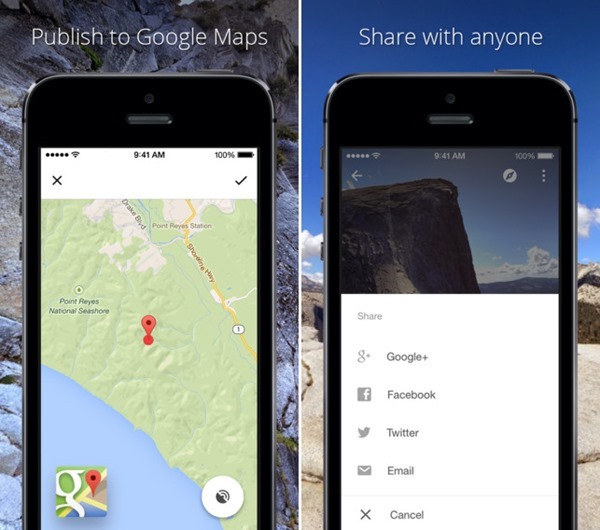 At this moment, though, those looking to share 360-degree snaps for sharing just about anywhere – including Maps – should look no further than Photo Sphere Camera for iPhone. As you would expect, the app is completely free of charge, and can be downloaded via the direct App Store link that we’ve provided below for your convenience.

Grab it, give it a whirl, it’s absolutely free, and be sure to leave your thoughts and comments with us via the usual channels.