It’s generally accepted that any new product that Apple launches will get some kind of instant traction. The brand alone powers and convinces people to give a product a try, while the functionality and strength of that product will ultimately decide whether it succeeds or fails long-term. From a streaming set-top box perspective, Apple is selling its new Apple TV like hot cakes with Android TV powered set-top boxes from multiple manufacturers hot on its heels. As part of an effort to boost sales, and to try and convince iOS users to try out Android TV hardware, Google has just furnished the iOS App Store with an iPhone and iPad compatible Android TV remote app.

Streaming set-top boxes, like the Apple TV, Nexus Player and NVIDIA SHIELD, are becoming increasingly popular with individuals who want to reinvent their living rooms with constant media and expanding functionality through apps. However, from a user-experience perspective, set-top boxes can sometimes be difficult to navigate with small remotes. Even things that should be easy and fluid, such as entering text in search fields or account credentials, can be a massively taxing and frustrating experience. That’s where companion apps that function as a mobile remote come in extremely handy. 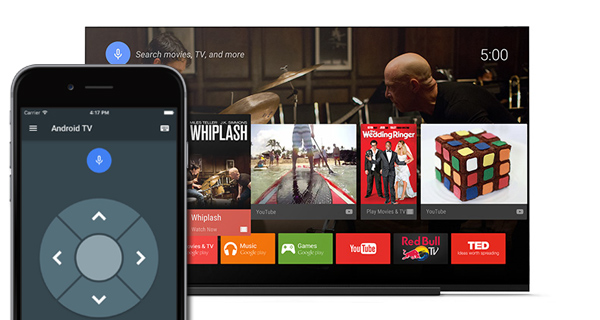 That’s exactly what the Android TV app for iPhone and iPad does. When installed, owners of an Android TV box are able to pair the remote app with the hardware and then make use of navigation and text entry functionality to make the whole process a lot more streamlined, and a lot less frustrating. Multiple users running the app on their devices will also be able to connect to the Android TV to play games alongside each other.

Utilizing the built-in directional pad makes navigation a lot more fluid and enjoyable. There’s also a number of embedded touch gestures for ease of use and instant control of the Android TV interface. If you prefer to speak directly to your television, then Android TV for iOS also offers that level of functionality with acceptance of voice commands. 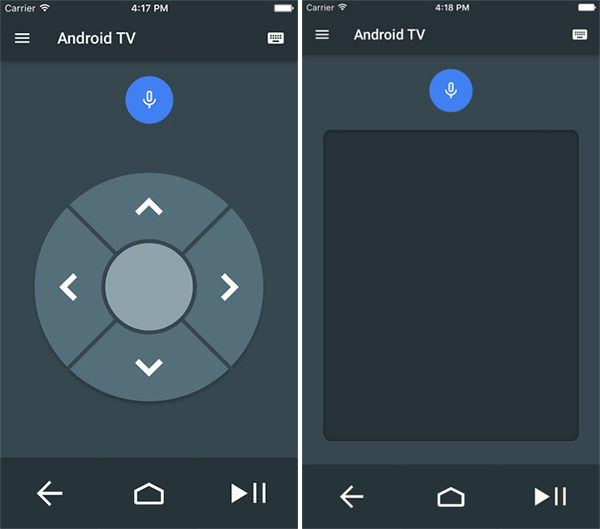 The killer feature here however is the ability to enter text directly from the virtual keyboard on the iPhone or iPad. Not only does it make everything a lot more efficient, but it also takes away a lot of anger and frustration almost all set-top streaming box users feel when trying to enter text strings of any notable length. The Android TV companion remote app is available now as a free-of-charge download for iPhone and iPad owners.

(Download: Android TV for iPhone and iPad from the the App Store)