Nvidia is really taking up its Shield business up a notch as it announces the third iteration of the device, which put simply, is the world’s first Android TV console to support 4K content. Head over the jump to catch all the details of the gadget.

Nvidia has already released two Shield products in the past where one was an all-in-one gaming console with an in-built display, and was later followed by a dedicated gaming tablet. Nvidia is clearly hungry for more market and audience as it launches the new Shield, which is meant to serve as both a media box, and gaming console, supporting 4K video at 60Hz. 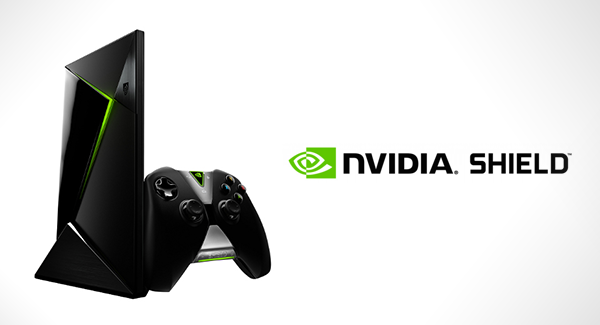 The console is powered by Nvidia’s very own Tegra X1, which is a mobile wonder-chip of sorts and is capable of churning out some monstrous processing power when compared to the competition. Given Nvidia’s experience as the leading GPU technologies provider, the Tegra X1 is no surprise at all. All of this power seems to have Jen-Hsun Huang, CEO Nvidia, suggesting that the new Nvidia Shield is much more powerful than the likes of Roku and Apple TV, and not that we can compare to the devices right now, Huang may well have a point. To put this in an even more comprehensive perspective, Huang has said that the console possesses about twice the performance of the Xbox 360, at almost half the power.

That last line has us a bit intrigued as well considering that the Xbox 360 is still a very capable gaming console. However, with over 50 Android games available to the Nvidia Shield at launch, Huang missed no opportunity to remind us that this very capable machine will be able to run Crysis 3, a point that he reiterated twice. Nvidia Shield will have its own store, and included in those list of 50 games will be Portal, Star Wars: Knights of the Old Republic, and Half-Life 2: Episode 1 and many more. Crysis 3, meanwhile, will be the 30fps version one.

The console will be bundled with a game controller, and the new Grid game-streaming service as well. The entire package will cost $199 when it’s launched in May, and additionally users will be able to buy a non-gaming Bluetooth remote as well for controlling media content and more.

Excited about the new Nvidia Shield? Then share your thoughts with us in the comments section below!