Google has taken a leaf out of Apple’s book and announced Google Play Textbooks and Play Games, providing a textbook renting and buying mechanism for students, and offering a gaming portal for Android gamers. We’ll be taking a closer look at both right past the break.

I say Google took a leaf out of Apple’s book because the whole idea behind both these apps closely resembles iOS’ Game Center and iBooks Textbooks, which came to us as part of iBooks 2.0 update. However, Google has added its own flavor to the mix. With Google Play Games, which was announced back at I/O as Google Play Game Services, you get a dedicated app (Play Games) that complements the games available over at Play Store, and carries leaderboards, connecting with friends that are on Google+, challenges and cooperative gameplay. You get to track your achievements, which, by the way, include both locked and unlocked ones, and also serves as a launching pad for initiating any game that you may have installed on your device. 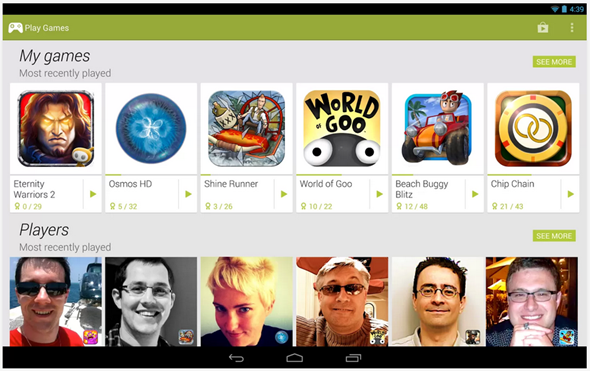 Furthermore, Google Play Games would not be available right away for all games, but we saw the same for iOS’ Game Center, and the list grew pretty quickly. At the time of start, Asphalt 8 Airborne, Riptide GP2 and Price of Persia: The Shadow and The Flame will be the first titles that will utilize the platform. Other titles might follow, but that’s what you get today.

Speaking of today, it’s also worth noting that Play Games is available for download over at Google Play Store already. You can grab it at the source link below. 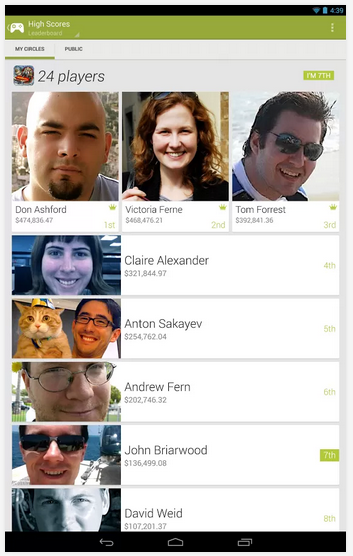 Google Play Textbooks is slightly different. For one, the service will be launching in August later this year (not that far away), and will contain learning material and textbooks for school and college students. The list of titles on offer would include books from top five publishers in the education arena, and will allow students to either rent the books for up to six months, or purchase them outright. There’s no word on pricing yet, but what makes Play Textbooks stand out completely in comparison to Apple’s iBooks Textbooks, is the fact that the former will be able to sync with iOS and the web. 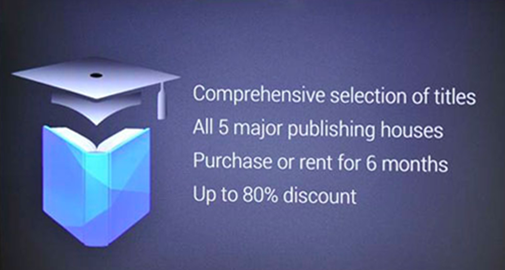 You may download Google Play Games app from Play Store from the link embedded below.

(Download: Google Play Games for Android on the Play Store)