Everyone loves a good update to an app that is regularly used and highly thought of, and that is exactly what has happened with Google Now for compatible devices running Android 4.1 Jelly Bean and up. The official Android blog took great delight in introducing the latest update to the intelligent personal assistant software that was first introduced to the Android world with the release of Jelly Bean back in July of this year and should be an extremely welcome update for those travel conscious Android owners out there.

One of the first notable additions to Google Now is the introduction of more powerful weather based features that allow users to check on the weather conditions at their destination without having to do anything. Boarding passes are also loaded and displayed on the device’s screen as soon as Google Now detects that the device and its user have arrived at the airport, with the intention being to speed up the whole boarding process and ensure that it is as streamlined as possible. Compatibility is coming imminently with United Airlines with additional airlines adding support in the near future according to those over at Android. 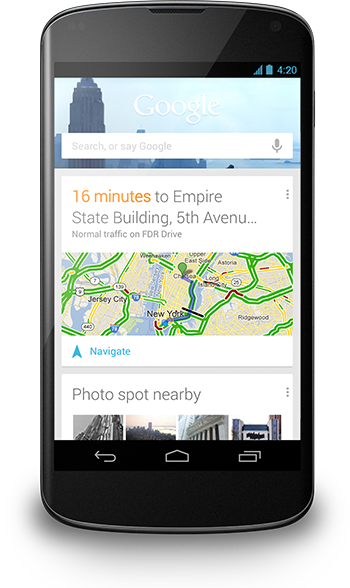 The travel based features keep on coming, with Google Now once again kicking into life when we have actually arrived at our destination. Points of interest and recommended activities are provided by the intelligent software with the intention of giving users an immediate overview of their location as well as suggesting a variety of websites that are specific to the location. The new features that have been added are built on top and extend the already extensive travel based features within Google Now, such as the ability to convert currencies, translate different languages and immediately check on the status of flights. 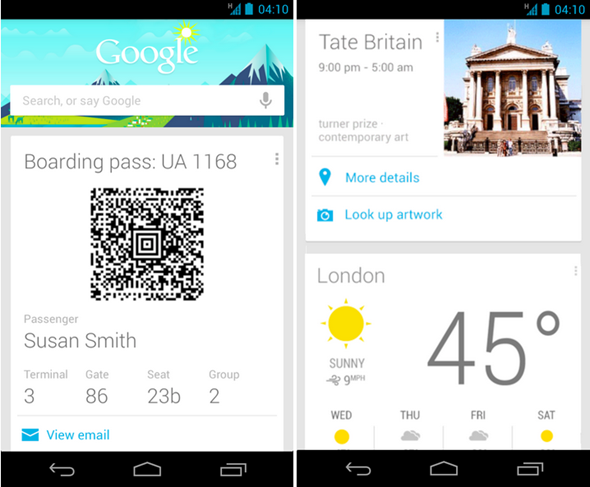 Google has also added extra efforts of improving the Voice Search capabilities of Google Now by allowing Jelly Bean users to interact by giving commands such as what’s this song? or requesting the software to scan barcodes, to name a couple of examples. All of the additional travel and voice based functionality should be available now to Android users running Jelly Bean 4.1 and above by updating the Google Search app.