Google not only vends the Android operating system, but also a lot of quality apps for smartphones and tablets running the said OS. Time to time, Google keeps bringing a much-anticipated and completely radical update to one of its apps that usually prove to be a game changer in most cases. This time around, the app to receive such an update is the famous Google Maps, pushing the version number to 7.0 and gradually rolling out globally for Android (iOS update still to follow).

The new Maps app contains some radical changes in the design area, borrowing heavily from the sleek outlook that was showcased when Google Maps for iOS was released last year. On the same note, Maps is now fully optimized for tablets, which means that not only will it have a completely different interface on an Android tablet, but when it hits the iTunes App Store later, the app will be universal (optimized for the iPad).

For new features, the first one that we get is Explore, which allows you to discover new places in a Google Now-ish UI, relying heavily on cards. Explore is location aware, and will fetch places closest to you by principle. The second feature enhancement comes to navigation, where, alongside traffic conditions, you get road incident alerts and automatic rerouting as well. 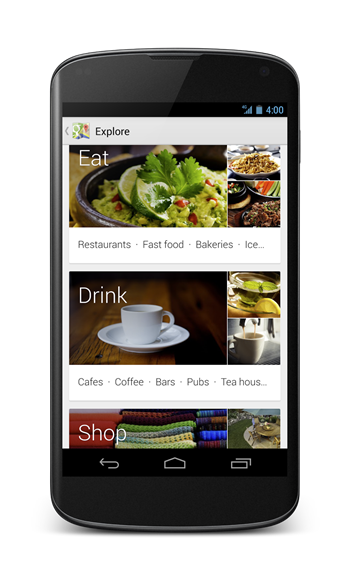 Another exciting new addition is reviews, ratings from Zagat and offers that are close to you. Basically, these three features will allow you to locate points of interest (POIs) that your friends have recommended, that got Zagat’s badge of excellence, and brands that have offers available for you to enjoy. Supported brands include Macy’s, Michael’s and Toys “R” Us. 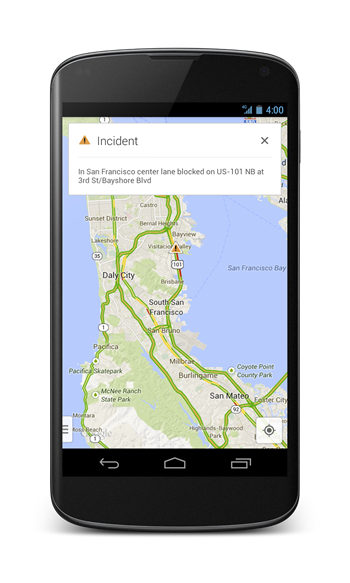 Offline maps are no longer there as well. Instead, if you want to save the map for a particular area, just enter “OK Maps” in the search box while viewing the area that want to make available for later. I frankly don’t understand the reason for making this rather-complicated process for something that used to be simple, but hey, we’re not complaining. 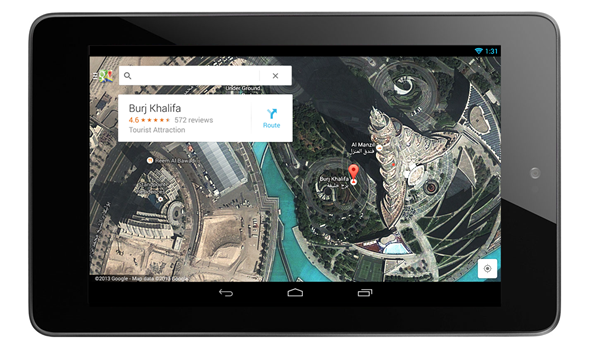 The new update will be available to all users using Android 4.0.3 and above. And as we mentioned, the updated iOS Maps app will be rolling out soon as well.