It’s that time of the year again at which point the really funny folks come out to play. Google is always game for a joke or two on April 1st, and has begun the tomfoolery with a little adjustment to its famed Maps app. Essentially, it brings a Pokémon Challenge element to the revered navigation tool, and since it’s now April Fools’ day in many parts of the world already, the Big G has already delivered its prank to tech fans.

Of course, if you’re a Pokémon fan, then the laughter and fun doesn’t stop at the fact that Google has gone to such effort on April 1st this year. In fact, if you’re down for the Pokémon Challenge, then you must assume the role of Pokémon Master, and as such, locate and capture as many creatures as you can, until your Pokédex is full. 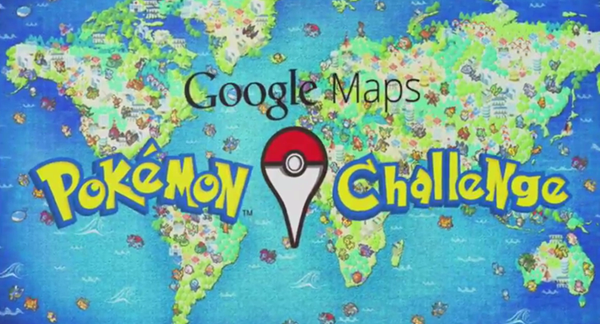 Working vaguely like the classic game that many of us know and love, the Pokémon Challenge demands that you move around Google Maps and grab as many creatures as you can.

In order to get started, all you need to do is grab the very latest version of Maps (which has just been updated by Google), and install it on your iOS or Android device. Once you have it up and running, tap on the Search bar, hit the ‘Press start’ option, and from there, go catch ’em all!

The Android maker has played plenty of practical jokes on April Fools over the years, and whilst this is probably isn’t as much of a trick as some of the past efforts, it certainly provides a little entertainment through the day of the year that tries so hard to amuse, but seldom reaches the heights of belly-laughter.

If you want to try your hand at Pokémon Mastery, then you’ll need to download the latest update to Google Maps. The Pokémon feature won’t be around beyond 2AM PT on the 2nd, so be sure to get in quickly if you want to play.