It was only a matter of time before a popular cloud-based storage stepped out of the shadows of that particular industry and attempted to play its hand to monopolize the market.

It seems that Google wants to be the company to walk that path with it becoming known that Google Drive will soon allow individuals to backup their entire computer – and not just the files they create using Google services like Sheets, Docs, or Photos – onto a cloud-based Google Drive account. 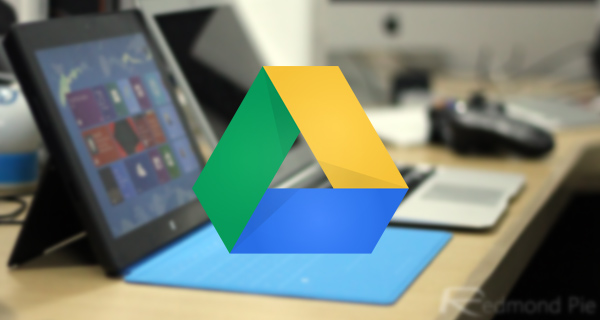 Google Drive is a wonderful service which has proven to be extremely popular with personal and professional users all over the world. To continue that push towards global cloud domination, Google has just announced a new Backup and Synchronization tool which will hopefully make file management a lot more seamless and stable.

The tool will give users the ability to send all files and documents from their computers seamlessly into the cloud using a single Google Drive account. From a usage perspective, the tool has been built with casual users in mind rather than professional or corporate, and will essentially replicate the Desktop folder system in the cloud.

The tool itself looks to be as easy-to-use as you could theoretically make it. Those interested are simply invited to select which folders they want to backup to their Google Drive account and watch in awe as that content is synced to the cloud with minimal fuss.

Of course, depending on how much information we are actually talking about, that particular individual may surpass the 15GB storage limit offered with a free Drive account, meaning that they will then have the option to purchase additional storage or simply manage the files that they upload to ensure that it doesn’t go over the free data cap.

It’s definitely an interesting concept and an interesting set of functionality which will definitely appeal to users who have been looking for a more concise and in-depth way of backing up their entire machine to the cloud. Google will debut the service this coming June 28th and will push it out to Google Suite subscribers later in the year when the new Drive File Stream feature is brought into practice.