Dropbox is pretty much the most popular cloud storage and syncing service in the market today. It is Redmond Pie’s favorite such service because of the fact that a. it syncs seamlessly with popular mobile, desktop platforms such as Android, Linux, iOS, OS X, Windows etc. b. besides the free 2GB starting storage space, the company regularly gives away free space for promoting their service and beta-testing preview releases.

Dropbox has its fair share of competitors – Amazon Cloud Drive, Microsoft SkyDrive and SugarSync to name a few – but none of them have achieved the same level of popularity.

Now, according to a recently published report, Google is looking to get into the cloud storage and syncing game. Details after the jump! 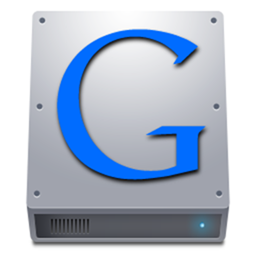 The company already hosts photos/videos with Picasa Web, music with Google Music and documents with Google Docs, so it is only a matter of time before they started offering a unified online storage space.

The claim comes from The Wall Street Journal in the form of a report in which they cite “people familiar with the matter” who claim that Google will soon be launching a Dropbox-like service called Google Drive.

Google Inc. is close to launching a cloud-storage service that would rival one of Silicon Valley’s hottest start-ups, cloud-storage provider Dropbox Inc., according to people familiar with the matter.

According to the report, the service will launch in the “coming weeks or months”. It will follow Dropbox’s “freemium” model where a small amount of free space is offered for home and small business use, but with large space available for anyone willing to pay.

To set itself apart from other cloud storage services, Google can offer more free space at the start. Microsoft’s SkyDrive offers a whopping 25GB of free space, while others in the cloud storage space start with 2GB, 5GB which, while sufficient for most users, isn’t enticing enough to convince users to shift platforms. Besides this, tight integration with Android and other Google services could become its killer feature.

What do you think Google can do to make folks shift to Google Drive from other services? Let us know in the comments section over on our Facebook and Google+ page.