The tablet market is heating up, folks! The iPad continues to dominate it because of its sweet starting price and strong feature-set and now, other manufacturers are trying to come up with ways to beat it. Whether its Microsoft’s promise of a desktop-level experience with Windows 8 Pro on its Surface tablet or Amazon cutting down on extraneous features to get the starting price down to $199, everyone’s trying something.

We’ve been hearing of a pure Google Nexus tablet for a long time now. The earliest post about it was published more than six months ago in December, 2011 where it was rumored that Google would come up with a tablet of the “highest quality” to compete with the iPad. Six months later and we still keep hearing all kinds of rumors and reports.

I’ll discuss some of them along the way, but let’s first consider today’s new item from the ever-inaccurate DigiTimes – a digital newspaper related to the semi-conductor and electronics manufacturing industry – which cites sources from upstream component makers who claim that Google and ASUS’s jointly-developed 7” Nexus tablet is all set to be announced in a week’s time at Google’s I/O developer conference.

DigiTimes claims that the tablet will be priced at $199 and be available in July. Total shipments are “expected” to be north of three million for the second half of 2012.

The Taiwanese newspaper also claims that the Nexus tablet will only support Wi-Fi (no cellular data!) and come with only one camera on the front for video chatting services. It doesn’t end there either! DigiTimes goes ahead to claim that ASUS will also release their own Android tablet priced just a little below the Nexus tablet.

We don’t really trust DigiTimes for predictions / reports on un-announced upcoming products, but there are way too much smoke for there to be no fire underneath. 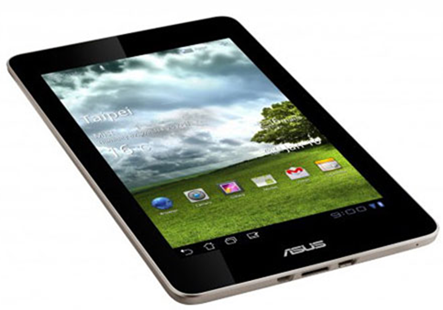 Android tablet manufacturers are finally starting to “get” what they need to compete against the iPad. What these tablets lack for in the software department (less quantity and quality of tablet-only apps, smooth user experience) can be made up for by keeping the price really, really low. $199 – a full two hundred dollars less than the iPad 2 – is an excellent price. If Google / ASUS markets it right, there is no way for average people to not consider the Nexus tablet vs. the iPad when getting their next tablet.