While Microsoft has been extremely busy over the past twelve months in developing and announcing new features and additions to its software roster, many were anxiously wondering when the Redmond outfit intended to whet the appetites of the gizmo-loving faithful with some new hardware, and yesterday at the rather unorthodox MSFT gathering, the software maker delivered with aplomb by announcing a unique device which not only threatens the future of the struggling ultrabook market, but also lights the proverbial blue touch paper at the tablet market, which currently only really consists of Apple’s iPad.

We all suspected a new tablet would be unveiled, but nonetheless, what Steve Ballmer announced brought quite a few surprises, and as far as a genuine iPad competitor goes, Microsoft looks to have delivered the real deal. 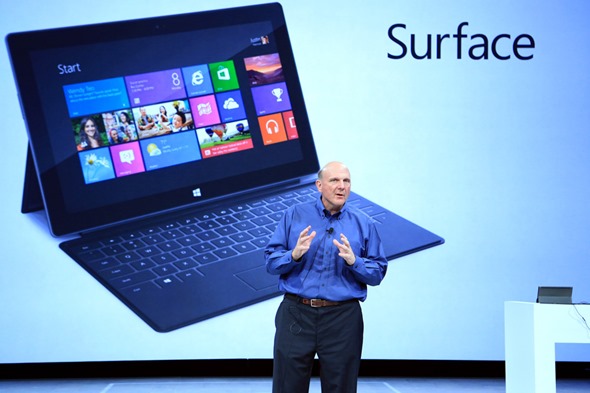 Consisting of a magnesium fascia, it is more robust than the majority of plastic-laden tablet offered by Android vendors hitherto, and looks to be the perfect accompaniment to he highly-anticipated Windows 8 operating system, expected to land sometime this fall.

As well as shipping with 32GB or 64GB of storage, there are two rather different versions of the tablet, named Microsoft Surface. The first will run Windows 8 RT, and is your run-of-the-mill, everyday tablet enabling apps, movies, images and music to be enjoyed at will and powered by the NVIDIA Tegra 3, while the other model will run Windows 8 Pro, and will be powered by an Intel processor. 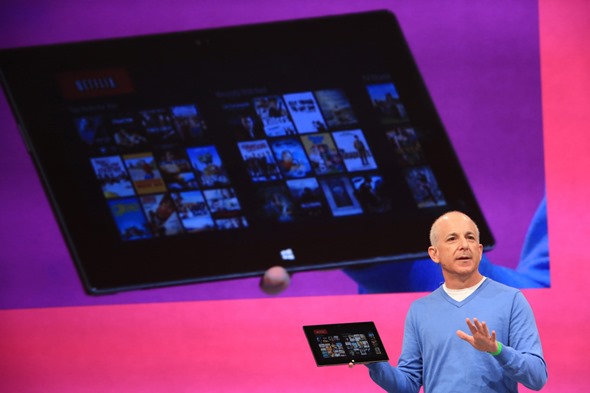 The specs are impressive, but the look and feel of the device could also potentially change the face of both the tablet and ultabook markets as we know them. It features a kickstand, so can be easily viewed like an HDTV without the need to hold upright or utilize a third-party accessory, and features a choice of two, wafer-thin keyboards, which double up as screen-shielding covers – offering ultrabook users some real food for thought.

The keynote ran yesterday evening, and although – rather disappointingly – Ballmer and his cronies stopped short of announcing price points and release frames, it was still an unmissable event, and now Microsoft has offered those who didn’t catch the coverage the opportunity to watch the keynote in its entirety, which you can watch by heading over to this link.

Now you’ve had a chance to get a close look at the Microsoft Surface, do you think it has the potential to threaten the dominance of Apple? Share your thoughts via the usual mediums below!