When transferring files over the web, most of the time, archiving them in advance is the best way to go. If it’s just the odd .jpeg or .mp3, then archiving is a pretty trivial pursuit, although if you’ve got a batch of files, by far the easiest way of getting them from A to B is by creating an archive to be extracted at the other end.

While there are plenty of apps catering to this requirement, three stand out as the most popular. WinZip, WinRAR and 7-Zip are the three frontrunners when it comes to archiving batch files, and the former is one of the longest serving apps most computer users would recognize.

Having grown in popularity on both Windows and OS X over the years, and later on landing onto iOS, it finally makes its debut on Google’s market-leading Android mobile operating system, and although there are plenty of file managers already available over at the Google Play Store which cater to the needs of the file-pushing masses, it’s a recognizable, welcome addition. 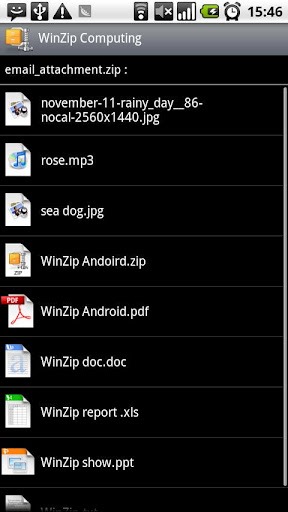 We learn to trust those apps which serve us well, time and again, and WinZip is arguably one of the most reliable apps on any platform. As with the iOS iteration – which has been available over at the App Store for some time now – you can easily open and save your .zip files onto your Android device, and thanks to the built-in viewer support, you can preview the standard file types from within the app such as .txt, .bat, .js, .log, .xml and .css, among a bunch of others. 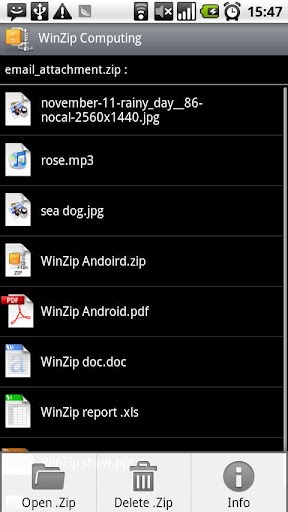 As well as being a powerful, no-frills app, it’s also one of the most widely-supported apps available on any platform. Since despite many apps following the trend of phasing out older operating systems and devices, WinZip for Android is compatible with many versions of Android, running all the way back to version 2.1 (Eclair), and 2.2 (Froyo), which is certainly a rarity.

Furthermore, it is absolutely free to download, and if you’re the sort of user constantly moving files