Google Announces Project Brillo: A Baby Version Of Android For Internet Of Things

The Internet of Things is one of those ideas that has been around for a while but hasn’t really come to proper fruition yet. Google seems to think that it can be the one to sort that problem out, even though it already tried back in 2011 and then quietly killed the project off. Maybe the second time is a charm.

Speaking at today’s opening of the Google I/O 2015 developer conference, Sundar Pichai, Senior Vice President at Google, outlined the company’s plans for Project Brillo. The idea behind the new project is to give third-party devices such as baby monitors, lights, door locks and other in-home gadgets a way to communicate thanks to a pared down version of Android that they would theoretically all be running – sort of like Apple’s HomeKit. It’s Android Jim, but not as we know it – after all, not everyone can get Android running properly on a smartphone so can you imagine the chaos of trying to squeeze it into a garage door lock? 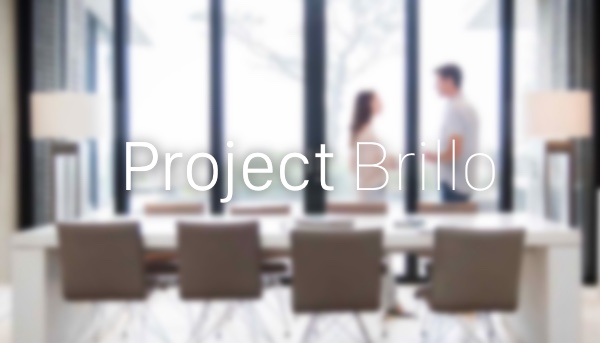 While actual details on how any of the Project Brillo stuff will work for the end user are scarce, developers were treated to some information on what Google is calling ‘Weave.’ Designed to be the technology that allows all of this kit to talk to each other, Weave will give devices a way to tie tasks and events together. Imagine having a coffee machine that kicks into gear as soon as you open your front door, or a house alarm that arms itself up whenever your car leaves the garage. The possibilities are quite endless, but with Google not ready to ship the developer tools needed for Project Brillo until Q3 of this year and Weave not ready until a month or two after that makes an appearance, you’re going to have to wait before the Internet of Things finds a way into your living room.

The Google I/O event is just getting started so expect to hear more information about Project Brillo and the latest version of Android over the coming days. These are interesting times for Google, let’s see where they take us.

If you’re a developer and are eager to learn more about Project Brillo then simply head over to this link in your Web browser: developers.google.com/brillo/