Jaws definitely dropped when Apple launched the first iOS 6 beta with no Google Maps support, but we have moved on since then through the Mapgate scandal and now we have the official launch of Google Maps for iOS through the App Store, that comes with a reported admission from within Google that this latest launch for Apple devices provides a better experience than its Android based counterpart.

We are pretty sure that Android users would severely disagree with that notion, and at the end of the day, it all comes down to personal choice and individual expectations about what an effective mobile mapping solution could provide. However, there is no getting away from the fact that the recently released Google Maps app does provide a fairly comprehensive iOS experience. The common complaint with the tried and tested Android version of Google’s Maps is that it has evolved over time simply by blindly attaching functionality and feature sets that bloat the app and take away from its intuitiveness and usability. 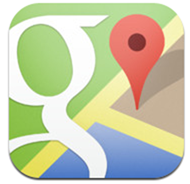 Android users can still cling onto the fact that their version of Maps is slightly more feature rich and universally usable across devices of varying sizes. Although we only saw the first release of Google Maps for iOS last night, it does currently only support the iPhone and iPod touch with no native tablet support for the iPad or iPad mini. Additionally, Google are yet to add any kind of offline support into the app, meaning that users will constantly need to be connected to a wireless or cellular network to effectively use the mapping solution while on the move. 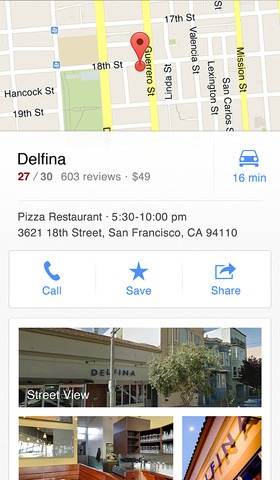 With that said, Google has started off with a fairly solid foundation and are promising to bring more features soon, such as iPad support and powerful built-in support for storing maps for offline use. Yes, the app has a small number of problems which should have been addressed before the initial release, but it’s most definitely a step in the right direction and should provide an exciting step forward for the future of mobile maps on the iOS platform.