Foldify For iPad Lets You Draw, Create And Print Your Own Amazing 3D Figurines [VIDEO]

If ever there was an iPad app that would uncover the hidden, creative childlike features in all of us then the recently released Foldify app has to be it. We’ve been hearing the positive praises of this new app by Pixle for quite some time now, and it is eventually publicly available for users to download to their iPads directly from the App Store for $1.99. The core concept of the app may be to allow users to draw, create, print and fold unique little 3D figures, but the fun which Foldify provides goes way beyond digital origami, and is one of those apps that make us fall in love with the iPad all over again.

One of the great benefits of Foldify is that potential users don’t need to have advanced drawing skills or professional 3D modeling abilities to be able to get the most out of the app and lose hours of your life creating 3D magic. The app makes it extremely easy to draw and create high quality figures through the use of pre-designed and built content that comes bundled with the download. Making slight moderations to a figure, or changing a large part of the creation results in an immediate 3D rendered preview of the changes without any delay or having to actually move to a new view. 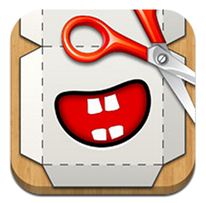 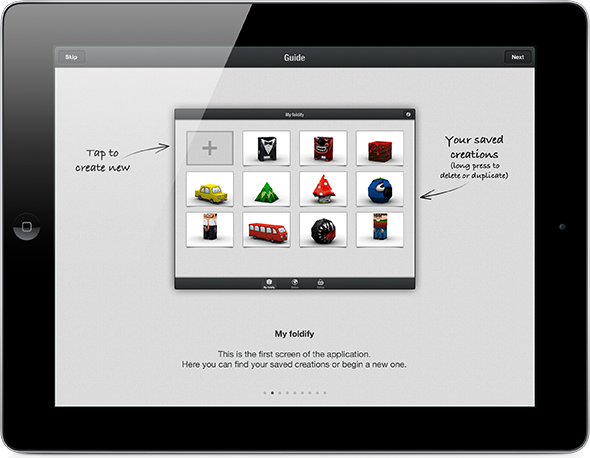 The app is fun, unique and extremely addictive, but it would be pretty useless without the ability to get those little 3D figures off the screen and into our lives. Native AirPrint feature allows our creations to be sent directly to a compatible printer on the same network to be printed. Alternatively, the app also has the ability to export any creations to a PDF format, and email the file to be printed at a later date. Either way, there is an option for all users to be ensure that they can bring their creations to life. 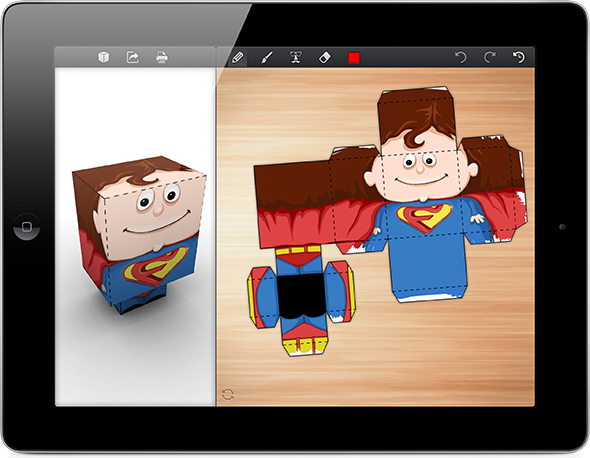 Foldify is also socially capable, with a number of sharing features built right in to post to Facebook and Twitter, as well as being able to share creations online with other Foldify users. After all, what’s the point in being able to create gorgeous little 3D creations if we can’t brag about our digital offspring? The included templates and stamps make it relatively straightforward to create new figures from scratch, but even sticking to the fully-built templates gives enough excitement to make Foldify a great iPad addition.

(Source: Foldify for iPad on the iOS App Store).