Sony is no stranger to releasing and then re-releasing PlayStation hardware, and those who have been waiting for that to happen with the PS4 Pro in a lovely shade of white can now rejoice, because one is on its way.

You can get one as of September 6th, with the PS4 Pro in Glacier White available to pre-order right now. 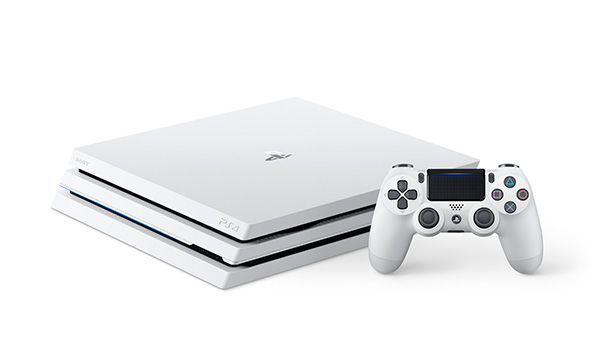 Why is the release so far away, you might ask? That would be a very good question, with the obvious answer being that this particular PS4 Pro comes bundled with the massively anticipated Destiny 2. Unfortunately, that is the only way anyone can get their hands on a Glacier White PS4 Pro, because Sony will not be offering it as a standalone purchase option, something that is sure to disappoint all those who already own consoles.

If you’ve been waiting to make the jump to a PS4 Pro, this is a great bundle to pick up. With a wealth of games enhanced for PS4 Pro, and a variety of 4K video streaming content, now is a great time to dive in.

While Sony will not admit it, we can only assume this decision is based on trying to get existing PS4 owners to upgrade to the PS4 Pro when also buying the latest and biggest release of the year.

Alongside the console and a copy of the game, the bundle also comes with a matching white controller and access to bonus content for Destiny 2 ahead of other users. Buyers will get their hands on a multiplayer map, three-person co-op Strike, an additional ship, and a gear set with an “exotic weapon.” All this will be downloadable content as part of a content pack.

The supposedly limited-edition Destiny 2 PS4 Pro bundle will set gamers back $449.99 and is available for pre-order today with an ETA of September 6th.