Get Microsoft Office On iPhone, iPad, And Nexus 7 Via CloudOn 3.0

Microsoft may be planning to bring its revered Office productivity suite to a bunch of new devices in the near future, but hitherto, a service by the name of CloudOn has allowed consumers to use the software on their mobile devices. Today, CloudOn has been updated to version 3.0, and among the refinements in usability, it now boasts support for the iPhone, iPad mini, as well as the Google / ASUS Nexus 7.

With support for the larger iPad already available, all iOS devices are now covered, and many Android tablets can now also enjoy Office through CloudOn. The brand-new Kindle Fire HD 7 will be available once a further update has been applied, but nevertheless, the reach of CloudOn is pretty emphatic nowadays.

As aforementioned, version 3.0 isn’t just of interest to those running an iPad mini, iPhone or Nexus 7 – there’s plenty of incentive for existing users to take notice of this most recent of updates, including support for Microsoft’s SkyDrive service. It stands to reason that, as Office users, many consumers will want to utilize SkyDrive as their go-to cloud service of choice. Up until this point, there had only been support for Dropbox, Box and Google Drive, but with SkyDrive added to the mix, most of the major cloud providers are now covered. 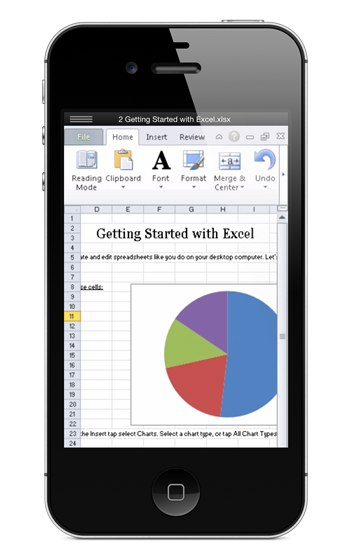 You may think, with a name like CloudOn, that the company would have its own cloud-based agenda to plug, but that could not be further from the truth. The company is focusing its attentions on making the mobile environment a more productive one as a whole, and as CloudOn’s CEO noted earlier this week to TechCrunch, “With CloudOn on the iPhone, iPad mini and Nexus tablet, we’re one step closer to ubiquitous mobile productivity.” 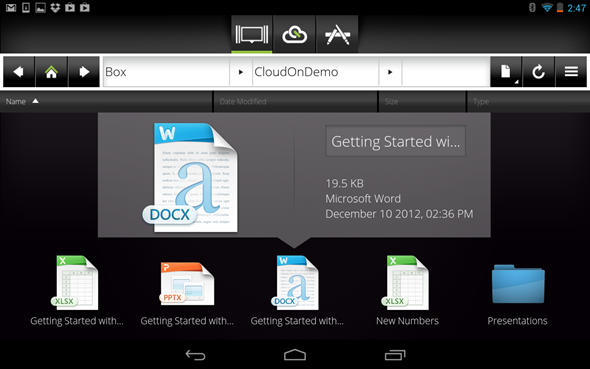 Bringing in iPhone support was a measure taken to offer services to all, but ultimately, CloudOn believes very few will use their handsets in order to create and edit documents. It’s a sentiment I would subscribe to, since typing even a note on a smartphone can be a little fiddly and annoying, I find.

Still, CloudOn seems to be improving with every new version, and although the virtualized nature of Office means it doesn’t run as smoothly as it would if it were a "proper" app, it’s the next best thing for those essential edits on-the-fly.