Get iOS Live Photos Like Feature On Android Devices, Here’s How

Live Photos was introduced as a USP feature of Apple’s latest iPhone 6s and iPhone 6s Plus, but after unofficial ports of the feature arrived on unsupported iPhone models, the feature has now finally found itself been mimicked on Android devices, courtesy of a recent update to Camera MX app.

The developer behind the app, Appic Labs Corp., is calling its implementation of Live Photos on Android as ‘Live Shot’, and honestly it’s quite surprising that it has taken Android developers this long to actually start taking interest in Live Photos-like feature for Android devices. 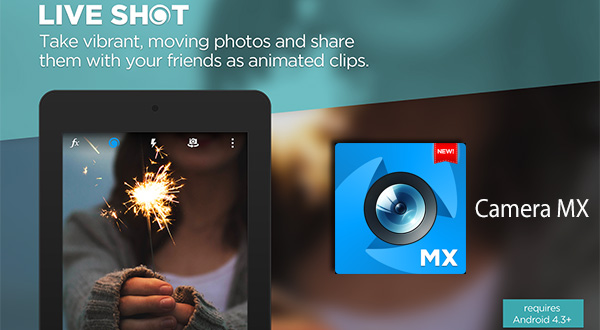 Camera MX’s Live Shot feature is not very different than Apple’s Live Photos functionality. Just like Apple’s version, it can record a few frames before actually triggering the shutter. End result is a perfectly amazing Live Photo, or Live Shot, or whatever you may wanna call it.

iOS is known for its keep-it-simple and play-it-cool approach, and as such doesn’t offer any customization options for Live Photos. Android as we are all aware is a whole different ball game and with Camera MX deploying Live Shot on the platform, it is no surprise that the feature can be customized to what you like. Users are given the option to customize the length of the Live Shot by choosing just how far back the shot should actually be captured. This can be simply configured via the in-app settings. 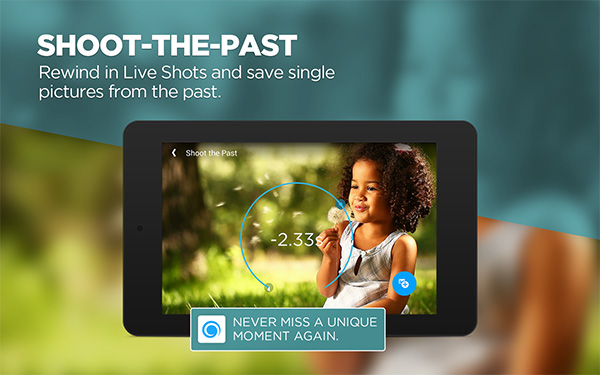 Once a Live Shot is captured, it can be viewed by a simple tap and hold on the photo instead of (obviously) 3D Touch. The app also offers the option to trim the captured shot by moving through the frames one by one and choose a completely new starting point. This can be useful when you want to remove those blurry or undesirable frames from the shot.

As far as sharing options go, the final shot can be easily shared across various apps, messaging mediums, and social media platforms as an mp4 video which loops a couple of times instead of being shown only once.

If you already have Camera MX app installed, simply update to the latest version to get Live Shot functionality. If you don’t have the app yet, you can get it now from the Google Play Store. The app is compatible with devices running Android 4.3 and above.