It seems that George Hotz has some seriously lofty ambitions about the progression and the future of his recently founded Comma.ai company. Hotz, who developed prominence in the online community by becoming the first person to jailbreak the original iPhone with a hardware bypass, launched Comma.ai intent on developing the world’s first affordable retrofit kit that would bring autonomous capabilities to any vehicle. What started out as a bet with Tesla Motors CEO Elon Musk, has now developed into much, much more, with Hotz using a recent interview to promise that Comma.ai’s first self-driving car kit would be available by the “end of the year”.

The Comma.ai story to date has been somewhat of a whirlwind that’s managed to capture the imagination of individuals and investors alike who see the future of the autonomous vehicle. After initially claiming headlines for actually being involved in this space back in December of last year, Hotz and his company were once again thrust into the limelight after it became public knowledge that his company had received substantial investor backing to make the dream a reality. We don’t know if Geohot is starting to dance to the tune of the investors and working on their timescales, but the promise of making a $1,000 retrofit autonomous car kit available by the end of this year does seem like a lofty ambition. 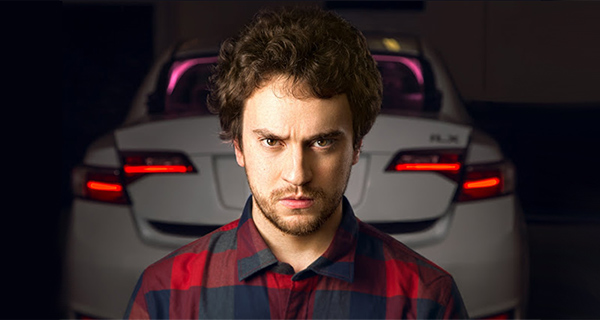 The very idea of being able to purchase a kit for such a low amount of money that will bring autonomous capabilities to any vehicle is exciting and terrifying in equal measures. What is potentially even more terrifying is that Comma.ai has highly ambitious plans to launch its first product as a self-install option, meaning that any person with a car and a spare $1,000 should theoretically be able to buy this kit off the shelf and fit it to their own vehicle without any professional assistance whatsoever. A world with intelligent vehicles driving around that have had this level of autonomy fitted by its owner is a particularly scary thought.

One of the most interesting things about this project is what form the final kit will actually take as a purchasable product. Hotz’ initial preview showed a hacked together joystick and mass of wires rammed into an Acura ILX. We imagine, and sincerely hope, that any actual consumer facing product will take a much more sophisticated form.