The jailbreak community is brimming with development and security research talent, you only need to look at the individuals involved in producing the jailbreak tools to know that is really the case. 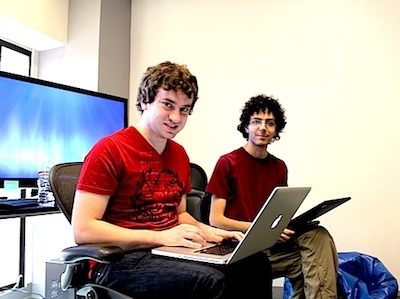 Individuals who have built an online kinship with other people sharing the same passion, forming a bond which lets them work together from remote locations around the world to circumvent security measures put in place by one of the largest technology companies in the world. If you actually take the time to look back at the software which has been created and the vulnerabilities which have been found and exploited, you will quickly realize the depth of talent that exists.

Of course, like any other scene or community in the world, there will always be people who appear to have been born to do it. The Chronic Dev Team is made up of some extraordinary talent, the iPhone Dev Team has members who possess mind boggling technical skills and plenty of individuals exist in the community who are working solo in the pursuit of liberation for iDevices. If you ask the most prominent researchers and jailbreak producers to be honest, I am pretty sure they will concede that a few names stand out among the best of the best. PlanetBeing, who has recently made a comeback as part of the A5 Dream Team, will undoubtedly be considered up there with the best.

Of course, we cannot forget the infamous George Hotz, or Geohot as he might be more well-known to most of us. Geohot is famed for providing a hardware-based unlock solution for the first iPhone, developing and releasing the Limera1n jailbreak tool, and also being dragged through the courts by Sony Computer Entertainment for releasing tools and tutorials online showing people how to ‘jailbreak’ a PlayStation 3. No one can deny that the jailbreak community is a little less colorful without Geohot, but after his Sony court case, he appeared to have slipped from the public eye by accepting a position to go and work for the Facebook social network.

Step forward six months, and if rumors are to be believed then Geohot’s tenure at Facebook is no more, after he has reportedly quit. Business Insider are reporting that George Hotz has left his position from Mark Zuckerberg’s company and has been spotted taking part in a hackathon at a startup named Backplane which has been funded, rather bizarrely, by Lady Gaga. During the competition, Hotz built an application which showed where your Facebook friends were on a map at any time through their check-ins. Working alongside Aviv Ovadya, Geohot concentrated on extracting the API information and programming it into the location data.

As far as I am aware, we don’t have full confirmation that he has indeed left his position with Facebook, but if he indeed has, It would be very intriguing to see what the next chapter holds from the ever-entertaining Geohot. I for one hope it is a return to the iOS scene. Fingers crossed.