The arrival of new smartphones and tablets have almost always been met with an onslaught of benchmarking scores and results with comparisons being drawn to determine who holds the temporary throne to bragging rights. Well today, iPhone and iPad users across the board will be able to hop onto the universal benchmarking standard that has been privy to a lot of leaks detailing unreleased devices and their specs. This brilliant benchmarking app usually retails for $0.99, but for very limited time, it can be grabbed for absolutely free.

Ok let’s ditch the suspense, we’re talking about Geekbench 3 which requires no introduction at all. However, if you’ve been living under a rock, the app is designed with a very simple purpose, and that is to benchmark the CPU and GPU which is powering your device. The app has been a popular standard for answering the long-dragged question: “Is my phone faster than the competing phone?”. 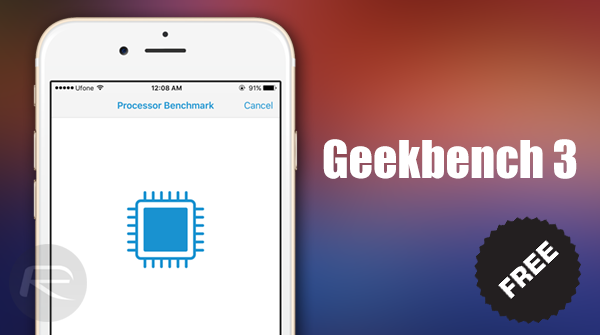 The app also allows you to tap into the information regarding your iPhone’s hardware that Apple rarely makes public citing the lack of need to do so. We all know that the iPhone 6 uses the A8 CPU and that the iPhone 6s uses an A9 but what about the clockspeed? The number of cores? Amount of RAM? Geekbench 3 will let you in on all those secrets that Apple never officially makes public.

Many of you may also be aware of the infamous iPhone 6s chipgate controversy where Apple’s A9 chip was found to be manufactured by two different vendors, Samsung and TSMC. In most real world usage tests, TSMC chip was found to give slightly more battery life than Samsung’s chip. While an Apple response brushed that apprehension aside, Geekbench 3 app is able to identify which chip your iPhone is running. Simply run the app and under System Information, you will find the codename of the chip. If it reads N66AP or N71AP, it’s the Samsung chip and if it reads N66mAP or N71mAP, it’s the TSMC chip. 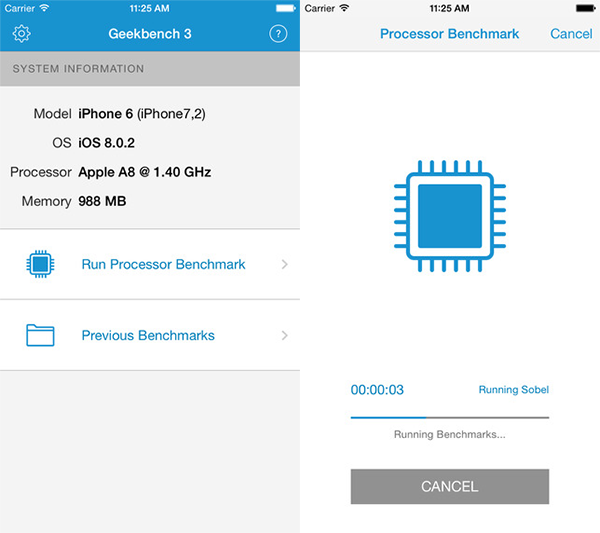 Geekbench 3 app also lets you run a lengthy battery test. “The test is meant to completely discharge a completely charged battery. While it’s possible to run the test with a partially discharged battery (e.g., a battery with 75% charge) the test results will not be as accurate.” So if you feel like your battery may be playing tricks on you, this particular feature will confirm that for you.

Geekbench 3 currently supports all iPhones and iPads running iOS 8 or above, and can be downloaded from the App Store for free right now.

(Download: Geekbench 3 for iPhone and iPad from the App Store)