The Galaxy S III has some of the best specifications in the smartphone market with a Super AMOLED 720p HD display, super-fast quad-core processor, an 8-megapixel camera, and Android 4.1 Jelly Bean, but there is one thing about it that me and many other technology enthusiasts, particularly owners of ‘smaller’ smartphones like the iPhone 4S, just don’t like: the huge 4.8-inch display. It’s great for watching videos and playing games, but it’s just terrible for using everyday apps with one hand.

Now, in order to solve that one problem with the Galaxy S III, Samsung will be introducing a smaller variant. Check out the details after the jump. 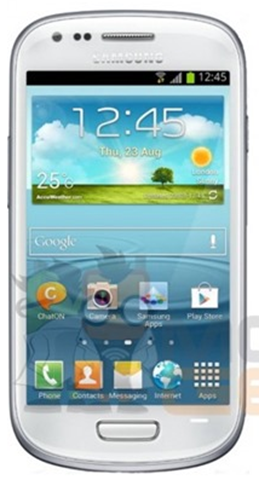 The news comes straight from Samsung executive JK Shin who has officially confirmed that the Korean company will be announcing a 4-inch Galaxy S III variant – named the Galaxy S III Mini – at an event in Germany tomorrow.

The invite for the event tomorrow has the words “So big can be small. And so small can be big” on it which suggest that while its size may be smaller, its specifications won’t be. Shin has been quoted saying, “Some call it an entry-level device, but we call it mini” which backs up our previous claim. 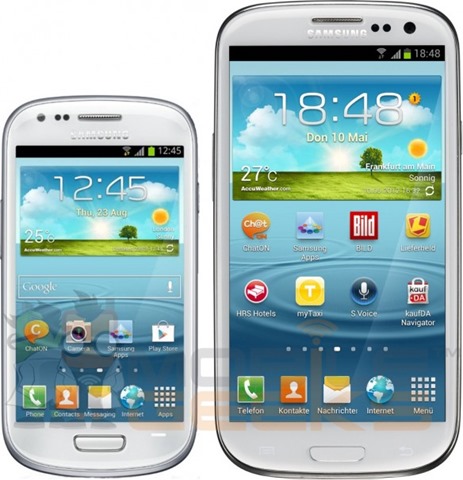 It’s been a long time since an Android manufacturer introduced a small handset with big name specs; large display size has become synonymous with higher specifications, and it seems the Galaxy S III Mini doesn’t break that trend. The processor is slower, display resolution is lower and camera sensor is weaker.

We’re still hoping the specs are a little better than that.

Motorola recognized the need for the small but powerful smartphone category with the recent announcement and release of the DROID RAZR M with its 4.3-inch edge-to-edge display and high-end specifications. Hopefully other manufacturers will do the same.

We’ll be covering the announcements of the event at Samsung’s store in Frankfurt, Germany, so stay tuned to Redmond Pie!