Remember the old Instagram Socialmatic Camera Concept we discussed in detail back in May? Well, as it turns out, the folks behind the concept are now working on turning the concept into reality with a mass manufactured digital-camera-shaped-like-the-Instagram-logo that lets you shoot, edit, and share / print tree easy steps.

And we’ve got the details on the project right after jump. 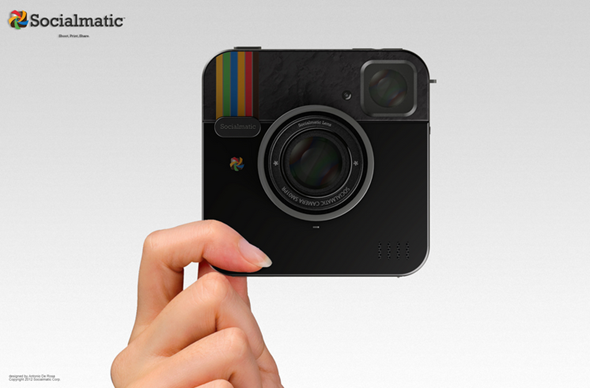 The news comes directly from the official website of ADR Studios in the form a post in which they discuss the origin of the concept, its features, and the status of the project itself.

But that’s not its most interesting feature.

Socialmatic’s most impressive feature is its ability to quickly print your photos without requiring any external device. It will use technology similar to the one used in Polaroid’s old ‘snap and print’ analog cameras. The printed photos come with an adhesive back and a QR code on the front so they can be physically shared in the real world and then people can follow you (presumably on Instagram) using the QR code. 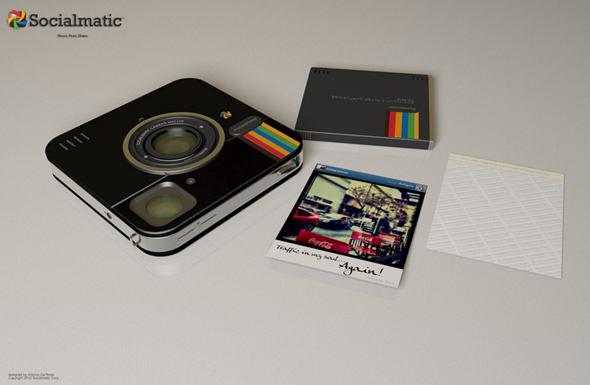 Currently proposed specifications for the device includes a 4.3-inch touchscreen, optical zoom, and an LED flash. Outside of being available in 16GB / 32GB and Wi-Fi / Wi-Fi+3G versions, the device’s internal specifications aren’t known at the moment.

According to their official press release, the camera will be powered by Android but will have a “custom OS substrate” on top similar to, perhaps, the TouchWiz UI on the Galaxy Beam Android-based digital camera. 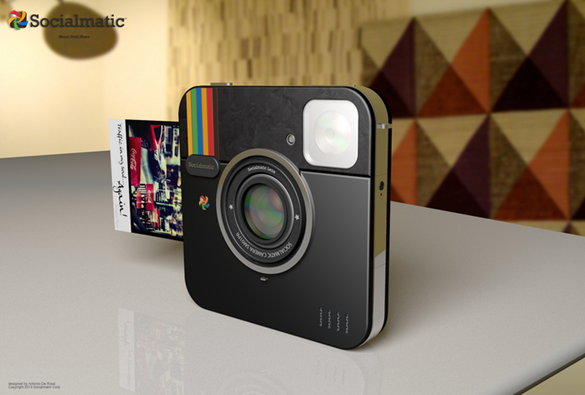 As someone who already owns a powerful smartphone that can take high-quality photos, edit them and share them online, I don’t see much utility for Socialmatic. Sure, the ability to print-on-the-go is nice, but it’s just not for me; Polaroid camera enthusiasts will be interested in this, though.

Socialmatic is set for release in mid 2013. We’ll be keeping a close eye on updates to the project, so stay tuned to Redmond Pie!