One of the greatest aspects of having a jailbroken device is being able to hugely customize the iOS experience to your own tastes and requirements. For some people, that involves adding new tweaks and extensions to offer new functionality that Apple doesn’t deem important to have in a stock installation of iOS.

For others, that customization is all about personalization and changing the way iOS looks, and basically changing the overall aesthetics. One of the latest packages to become available, called Fuji, definitely falls into that category by offering a macOS-like lock screen experience on iOS 10-running iPhone.

If you take the time to look at the Fuji screenshots then you will immediately see that it’s a theme which has been inspired by Apple’s beautiful macOS Sierra log-in screen that’s presented when a Mac boots up and the user is asked to log in.

In fact, the name Fuji is actually inspired by Apple’s codename for macOS Sierra prior to it actually being announced to the public during last year’s WWDC. In essence, it’s a HTML-powered theme that is used in conjunction with LockHTML4 package.

From a feature perspective, those using Fuji will get the ability to set their own image on the lock screen. This can be chosen from the Camera Roll on the device, or set as an image URL as long as that web address points to a JPG or PNG hosted on the web. The user is also able to better mimic the macOS Sierra log-in experience by using Fuji’s preferences to set a profile name that’s displayed on the device’s lock screen.

Finally, there’s also the ability to entirely change the look of the lock screen by setting a dark mode which looks elegant and absolutely stunning on the device itself. This dark mode also fits in nicely with the speculation that Apple will introduce such a feature with the release of iOS 11 later this year. 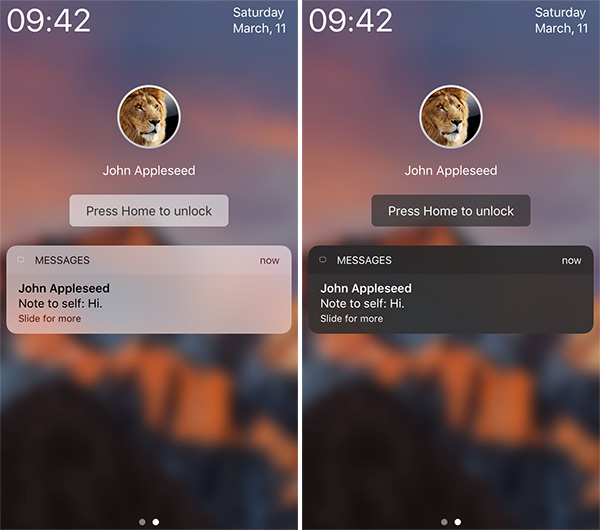 Developer has some additional features planned for the roadmap of Fuji, such as implementing prettier animations to improve the user experience, as well as implementing a battery view and more text and inclusions designed to better replicate the macOS Sierra experience.

Those interested in Fuji will need to add the following repository to Cydia: http://emilavara.yourepo.com/, and part with $1.29 for the pleasure.