Popular iOS game Super Mario Run was confirmed to be on its way to Android back in January, and while Nintendo did not offer a more concrete release window than simply “March,” there was the promise of an actual release date being on the horizon.

We are now hurtling towards the end of March, and Nintendo has finally told us when we can get our hands on the endless runner – March 23rd. 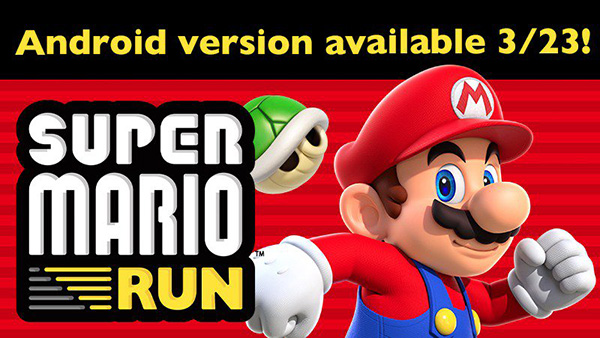 Nintendo originally launched the game as an iOS exclusive back in December, though it was always likely that an Android version would follow that release eventually.

Four months seems like a longer-than-anticipated wait though, and those eager to get their hands on the title as soon as possible can pre-register for the download, meaning it will pop up on their devices as soon as it is made available by the folks over at Nintendo.

In this game, Mario constantly moves forward through the courses while you use a variety of jumps to navigate. Mario will behave differently depending on the timing of your taps, so it’s up to you to show off particularly smooth moves, gather coins, and reach the goal.

Upon launch, Android gamers will immediately receive version 2.0, while those on iOS will receive an update that will bring feature parity across both platforms. The update brings some additional playable characters to the game, as well as bug fixes and the like.

Like its iOS counterpart, Super Mario Run for Android will be a free download from the Google Play Store with limited playable levels, although an in-app purchase for $9.99 will unlock the entire game, and is something we heartily recommend you do without delay.

Roll on March 23rd! If you’ve yet to see how the game plays, watch the video below for some gameplay footage.