Prior to the home straight of the rumor-fest leading up to the announcement of the iPhone 5, some pretty outlandish specs and concepts were thrown up. Some we would liked to have seen, others seemed less impressive, but some concept designs blew our minds, offering features and technologies we could only but wish were arriving.

One of those was the iPhone 5 with a holographic projector display and a laser keyboard. Not only could you watch your favorite shows through thin air by laying your device down on an even surface, but you could also type whilst tapping on a table top. It was a dream machine – something you’d have seen in recent James Bond movies before they calmed down on the gadgetry with Casino Royale – but certainly not something we were anticipating Apple as implementing. 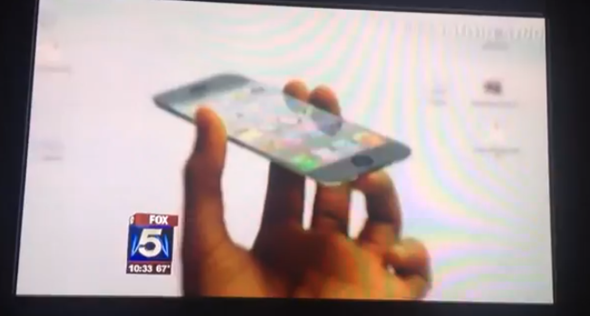 Most of us managed to cotton on to the fact that it was a concept idea, but that notion didn’t appear to filter through to Fox News, and, upon reporting about this year’s (stronger) strain of iPhone fever, decided to report that both aforementioned features would be arriving with the iPhone 5 – set to be releasing this Friday.

Whilst this incredible show of stupidity / ignorance is entertaining, there’ll no doubt be some consumers who have (and will) make the purchase based on the Fox report. The network garners perhaps more scrutiny than any other, and controversy never seems too far away, but on this occasion, the criticism is most certainly justified.

Mistakes are mistakes, and if you’ve read any of my reports, you’ll likely have noticed a typo here or a spelling mistake there, but when a network broadcast to millions fails to take a minute to check up what the specs of a new device from the world’s most valuable company actually are, it’s certainly no laughing matter.

Here, you can check out the video on YouTube. Look out for the guy who spent 18 days waiting for the iPhone 4S, and wonder how he managed to find so much free time:

Lidia Curanaj, the reporter of the mass queuing on New York’s 5th Avenue, seems to be taking the flak for this, but I’m pretty sure she didn’t assemble the accompanying video portraying the sci-fi features.